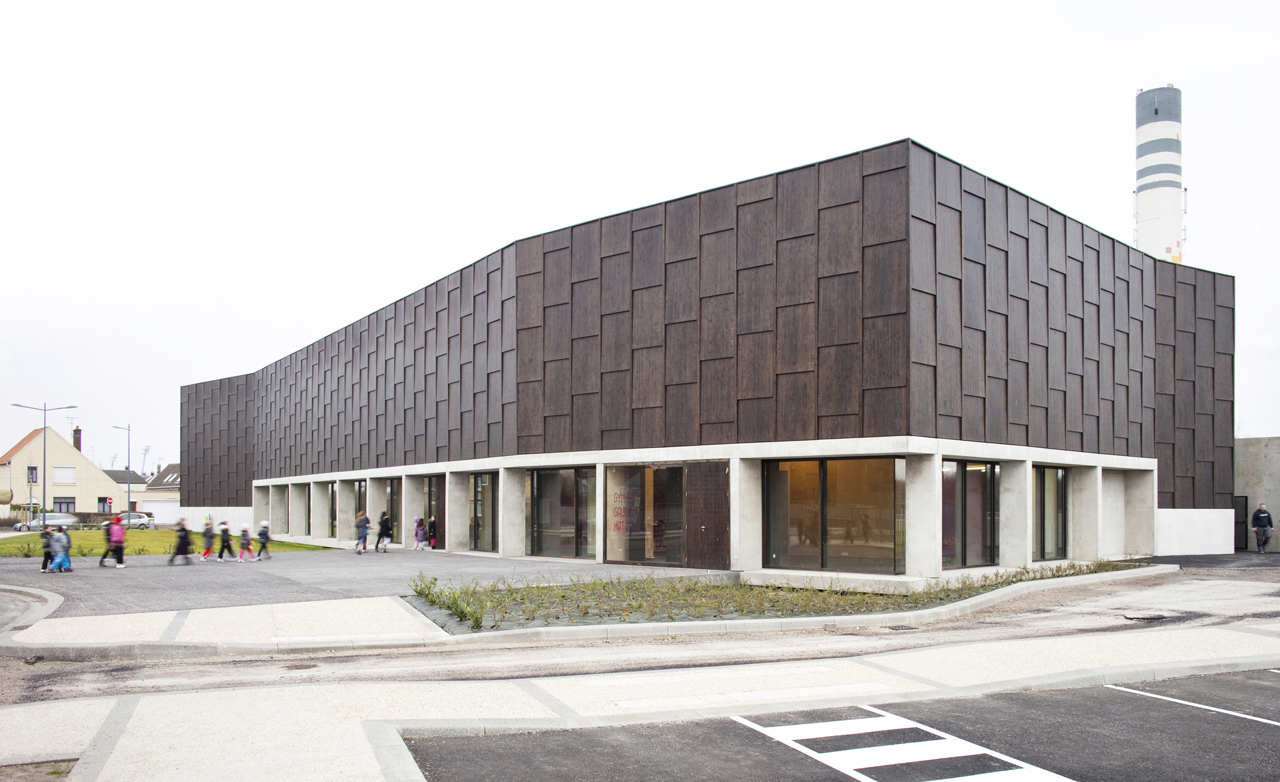 Text description provided by the architects. The building is located in a renewed popular district in Calais, the Beau-Marais. Because of the existence of a lot of big housing buildings and the fact that the renewal lead the city to demolish some of them due to their bigness, the architects decided to create a folded façade to minimize the size of the sporthall. That way of modifying the scale of the building helped the transition between the popular district and a close and existing residential one. Indeed, the sporthall was an opportunity for the city of Calais to weave links between those two different districts.

The façade is build with a repetitive module of the same sized wooden panels. The dimension of the module is also used for windows on northern and eastern façades. There, the wooden panels is replaced with a glass sheet. 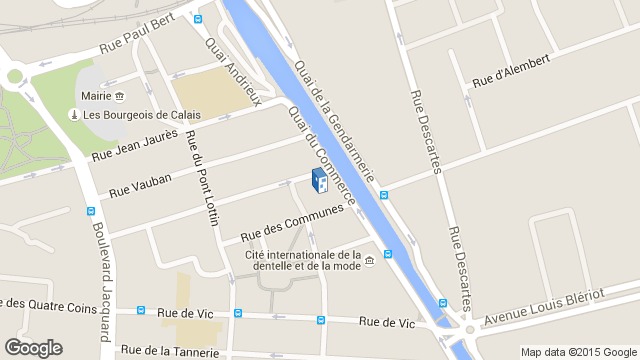 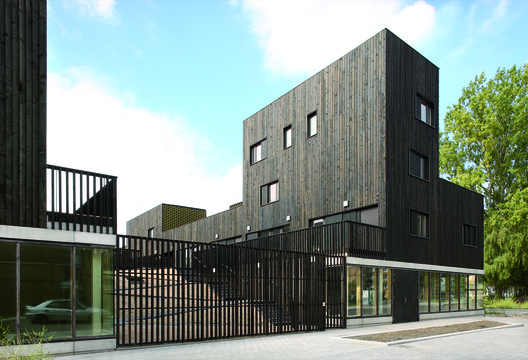 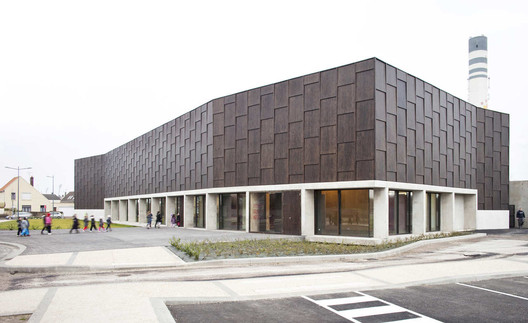