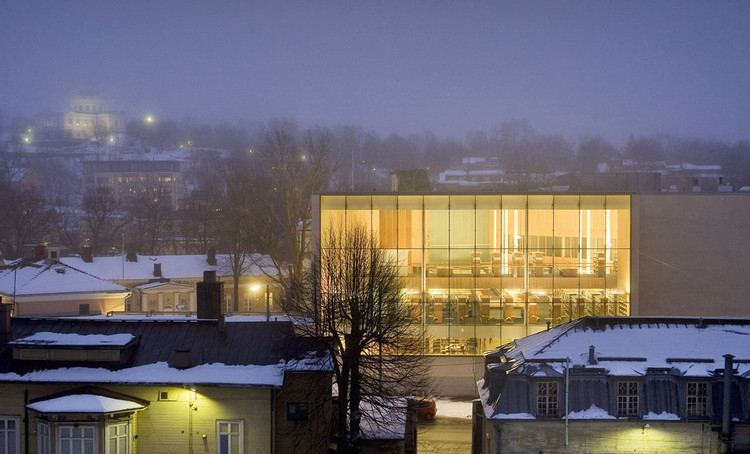 Text description provided by the architects. The new city library in Turku is located at the historical centre of the city. The building is the latest addition to a block with the old library and several other historically valuable buildings. The historical and cultural value of the site presented a great challenge for the planning of the new building. The objective of the project was to create a new construct, which would harmonize with the historically invaluable setting while also manifesting an architecture of its own age. In terms of urban planning the goal was to fill out the open and unstructured street corner by following the edges of the existing urban grid. By constructing the building on the outer perimeter, we were able to provide an open space in the middle of the lot, which was designed to serve as a courtyard for recreation and a stage for cultural events. The interior of the new building is annexed with the existing 100-year old library building and the chancellery of the governor built at the beginning of the nineteenth century, now restored and transformed to facilitate a café and meeting rooms.

The new library has a functionally clear design. The public spaces are situated mainly on two floors surrounding the opening to the courtyard. The staff premises are located systematically on one side of the building facing the street. The new main entrance opens onto the corner of two main streets. The first floor has a reception and lounge area, a children's and youth section, and a modernized version of a periodicals reading room called the news market, which functions simultaneously as the link between the new library and the old buildings. The main room of the new building is reached through a main stairway, which opens to a monumental space containing the non-fiction stacks and reading areas. The guiding principle in the space planning was flexibility; the functions of the library may change radically in the future with the introduction of new media. The rooms are open, and the functions are limited only by the transformability of the easy-to-move furniture.

The materials of the building were chosen to accommodate the environment. The facades are mainly plastered, which is the predominant material of the old buildings in the block. Initially we considered using red brick, but gave up the idea to allow the old library building to remain the only brick building on the block thus emphasizing its primary position in the neighbourhood. We also used natural stone extensively on the facades, the stairway and the grounds surrounding the building. In the interior we used mostly European Oak in the wall furnishing and furniture. The structure of the building was made from concrete cast on site, which was left exposed as an important part of the interior design. The fair-faced concrete was formed with vertical boards to achieve the rough feeling characteristic of the material. Glass was given a seminal role both in the outer architecture and the interior world. From the first steps of the planning process it was clear that the exuberant use of glass would be the best choice. Transparency befits this type of building; a public library building should evoke the idea of openness.

The basis of the planning was to create a new library to meet up with the challenges of the future. At the same time, the library has a long and rich history, which the architecture should also take into account. The architectonic whole is formed from the union of these two oppositions, the past and the future. 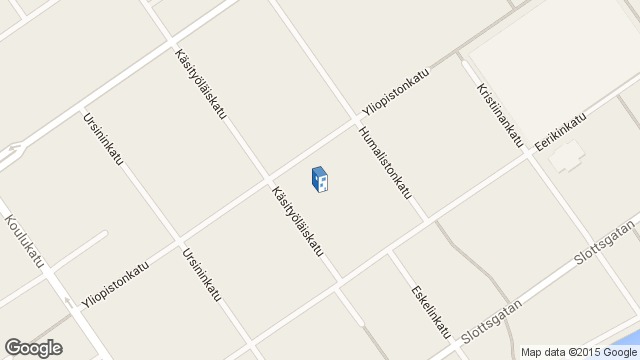