Save
House in Matinhal / ARX Portugal 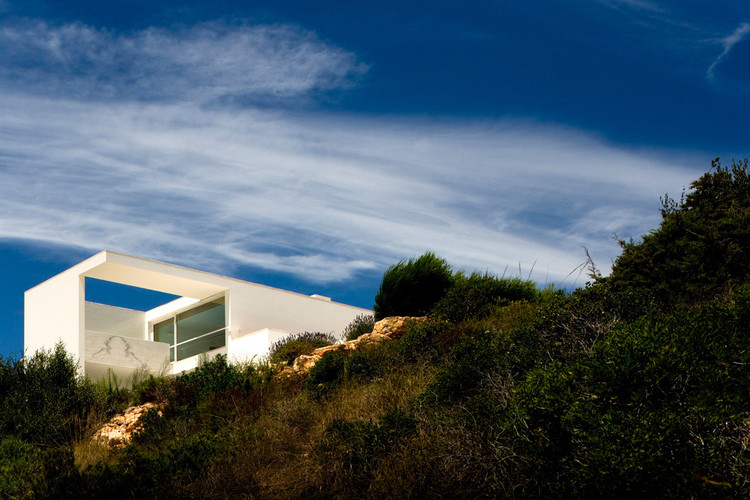 Text description provided by the architects. This house is located in Sagres (Algarve), the furthest southwest location in Portugal.

This town hosted the Navigation School behind the "Portuguese Discoveries", established in the 15th century by the infant D. Henrique.

Five centuries have gone by and nowadays these waters are famous for windsurfing.

Land is being split in generic parcels of typical resorts, claiming for a superficial architectural idea of a "Portuguese house", to please and sell to foreign tourists. The house was developed along the precise regulations, defined in the urbanistic project, from distances to borders, access and total amount of construction area and volume.

The highest and longest volume is located in the north to create an protect a central marble patio from the strong and permanent winds. An "L" shaped bedroom wing helps creating privacy from the access road into the pool. Inside and outside spaces are always articulated by courtyards, a typology from the Moorish legacy, while filtering views to selected fragments of untouched landscape.

The house is white and the roofs are flat, as they where often built in traditional architecture in this area, for drying fruits an fish, leaving us a particular architectural heritage that touristic resorts seem to have forgotten. 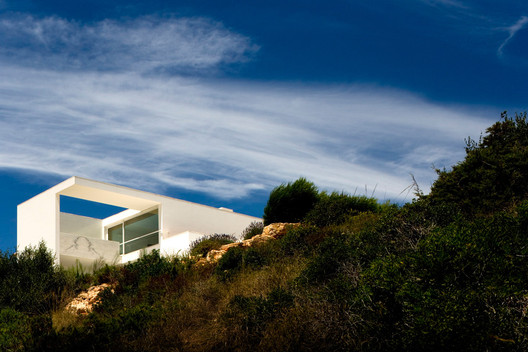