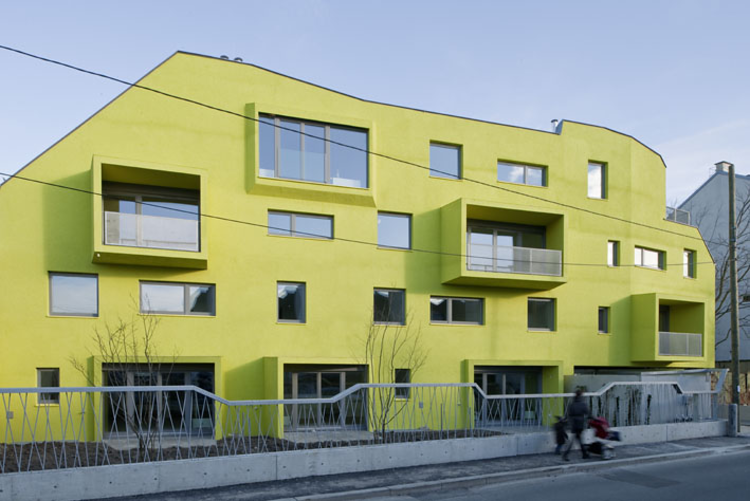 Text description provided by the architects. Urban development: From an urban development perspective the site is located in a very heterogeneous environment. The corner of the building facing the public traffic area assimilates the main directions of the adjacent buildings. A green zone is produced along the street as a buffer between public and private space.

Architecture / organization: The main target group for this housing development with "green" surroundings at the periphery of the city comprises young families and the like. more than half of the apartments have their own gardens; the rest have terraces or loggias. In addition, the apartments – mainly terrace-house-style duplex units feature a high degree of individuality; the differences in the apartments can also be seen in the exterior design and the façade. the loggias ("eyes") indicate the living rooms; the smaller windows arranged in varying patterns mark the bedrooms.

Located virtually at the "heart" of the building, at the geometrical center of the ground floor, and adjacent to the stairwell is a multipurpose zone and children's play area with a sandbox and monkey bars.

The common zone consists of a wooden surface including a large sunken area for playing with sand and a vulcanized rubbers play area with a hill. in addition, there is a long multipurpose element good for both sitting and lying on. despite its small size, the area is intended as a space where residents can meet, talk, and play together. 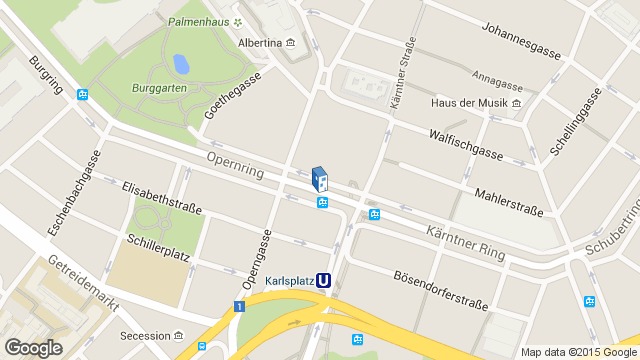