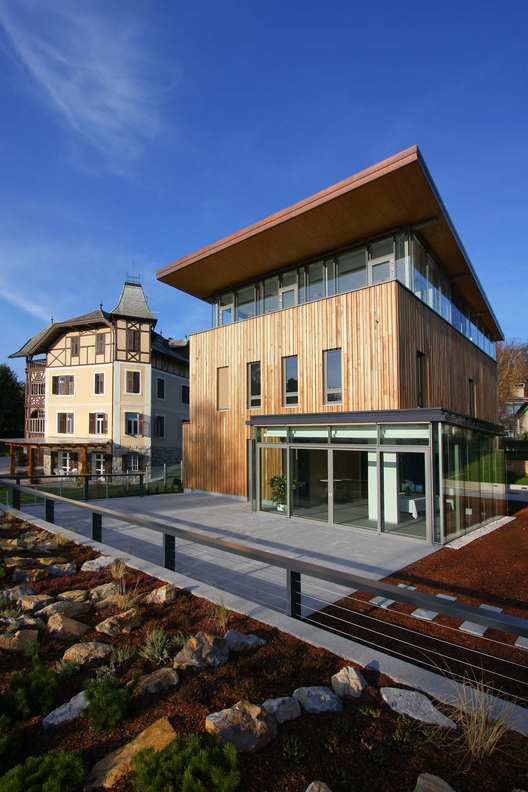 Text description provided by the architects. The facilities of the Bled School of Management have been expanded with a third building, constructed on the site of a smaller building, a manor from the 1920s.

The new building, called Vila Mon Repos, transposes the orientation and the cube-like shape of the old manor with the addition of some displaced elements, such as the stairway and the entrance hall or vestibule on the north side, and the glass part of the gathering space or social area on the ground floor on the south-east side towards the terrace, also featuring the green roof of the lower ground floor.

The full wooden facade cladding with window openings embraces both the ground floor and the first floor of the building and passes into a glass facade on the second floor, which thus forms a displaced glass caesura between the “cube-shaped” house and the floating roof. The slight incline of the roof falls away from the lake. The lower ground floor represents the building’s plinth and looks out of the terrain on the south-east side as the roof of the large classrooms on the lower level. This roof is predominantly green and arranged as a terrace in front of the large gathering area on the ground floor.

On the lower ground floor, the manor is physically connected with Vila Mežakla via an enclosed passageway, while on the ground floor they are connected via an open passageway between the terraces and by the uniform landscape in front of the main entrances. Thus the entire complex of the three buildings is linked into an integrated entity.

The new manor transposes the wooden elements of its predecessor in a contemporary way: the mono-pitched roof has been enlarged and floats above the transparent top floor. The facade is clad with vertical cedar-wood planks; the rhythm of wooden planks of varying widths creates a playful wave in an otherwise static wooden facade. 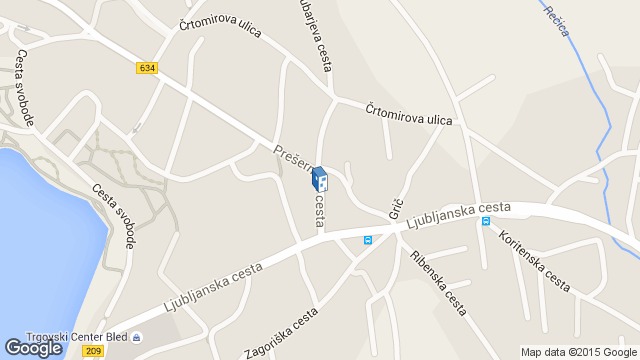 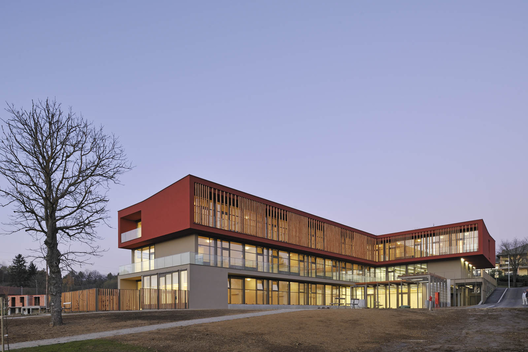