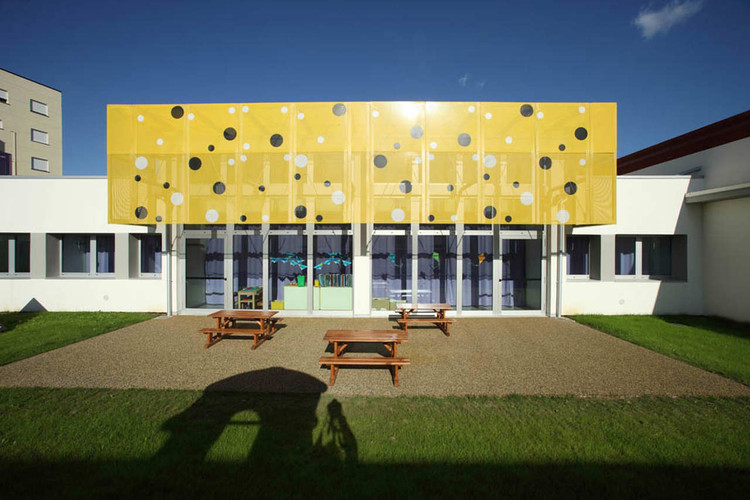 Text description provided by the architects. The project is an organism created for the project financing between the local municipality and the Consorzio Karabak Sette. These two subjects are joined to in the union aim, providing of new spaces for the public facilities that were represented by two building: the Center School District and the Offices for the Municipal police and administration.

Therefore the project has different architectural scales by his program and by consequent dimension. The design, indeed, start from an urban draw to mark in the two different building the specific sign in which the program is implemented: the first, the School, that has inside a kindergarten, a nursery and a daycare center, is elongated on the flat land in only one elevation, otherwise the second building is developed in elevation on three floors (archive and garages in ground floor, public reception and offices in the two upper floors).

The formal research about the sense of architectural unity involve contrast and complementarities of element like leitmotiv of all the project. So Episodic holes as linear filaments dig the massiveness permitting deep vision forward the transparency of the glasses, marking the volumes. The research of a right light modulator inspire use of the terracotta strips which, together the fronts of the two buildings and the red line of the portico’s shelter, mark horizontal lines enhancing the new guideline in the urban planning. This guideline announces the new way, a urban plug that follow the arboreal punctuation already established, linking and marking the ideal union border to what was and what is now the collective identity of the city in Ozzano. 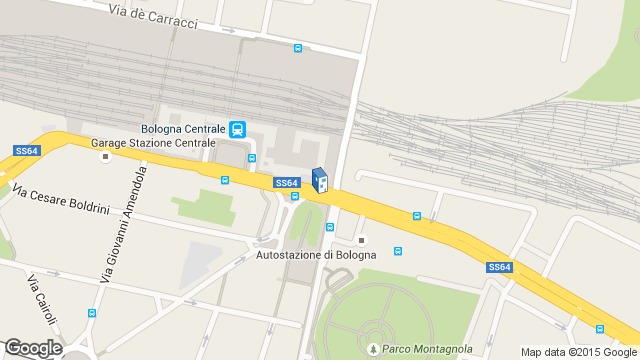 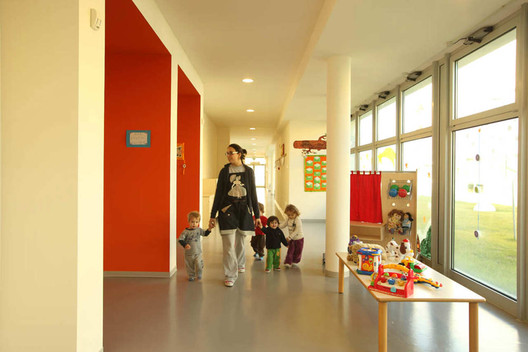