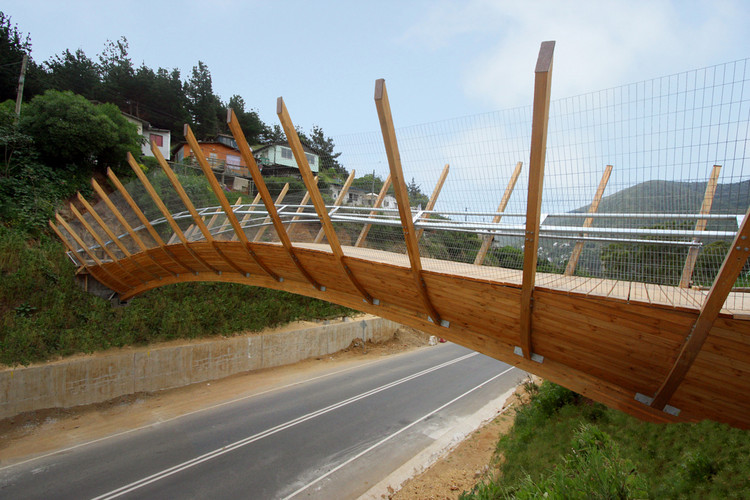 Text description provided by the architects. A group of social housing was built for local families in the traditional resort town of Zapallar, in the Central Coast of Chile. The dwellings are located on the eastern side of the Route F 30 - E that unites various villages near the Pacific. The new houses and the town are installed on small hills on different sides of the road. Besides in its crossing point the route is elevated and curved, complicating the visibility of the pedestrians. This was very dangerous, especially for students and housekeepers that travel between both sides during the day and at night. For this reason, we were asked to design a footbridge that avoided the problem. The bridge would also serve to transfer water pipes, electricity, etc. from one side to another.

Given the bay with boats on the beach, the bridge was projected alluding to them, in laminated wood. It is simply supported. Although it has the cross form of a rowboat, it corresponds to an inverted arch, triangular and longitudinally arched, which reduces the deformations and favors the structure. It has a mother beam in the lower part, that resists the inflection. Nevertheless the deformations are controlled for an assembly among this master beam, the two secondary beams parallel to this, located on a side, and the begun. The interior elements are in compression or in tension, and the shear in the support is taken by the assembly of structural elements that arrive to this.

The "frames" were elevated to maintain the metallic railings, the drainpipes with Led lights and, also, the metallic netting, avoiding eventual stone throwing toward vehicles. All the materials were untidy in their natural color.

By external motives to the architect the bridge was displaced some 50mts. from its original location in the zenith of the elevation of the road. Also, the ramps and pedestrian access roads were not carried out according to the plans of architecture.

Anyway the bridge offers different interpretations. It can be seen as an inverted boat of the bay, like a beauty queen tiara, or as arch of access to the town, etc. 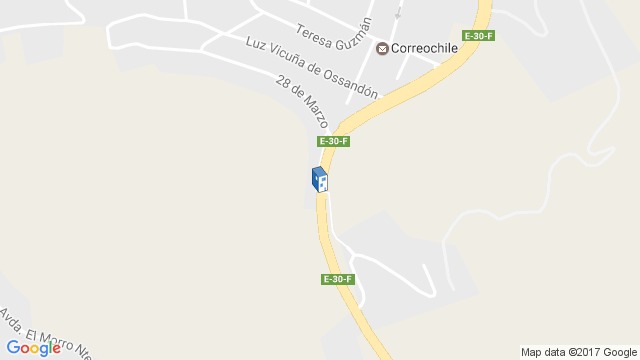 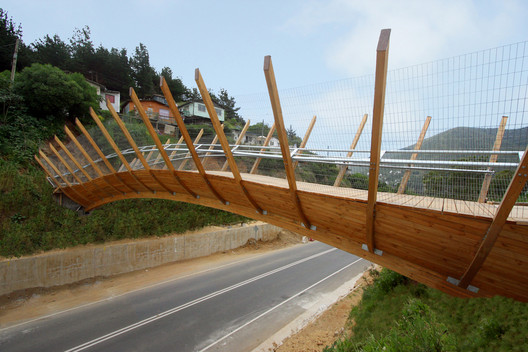