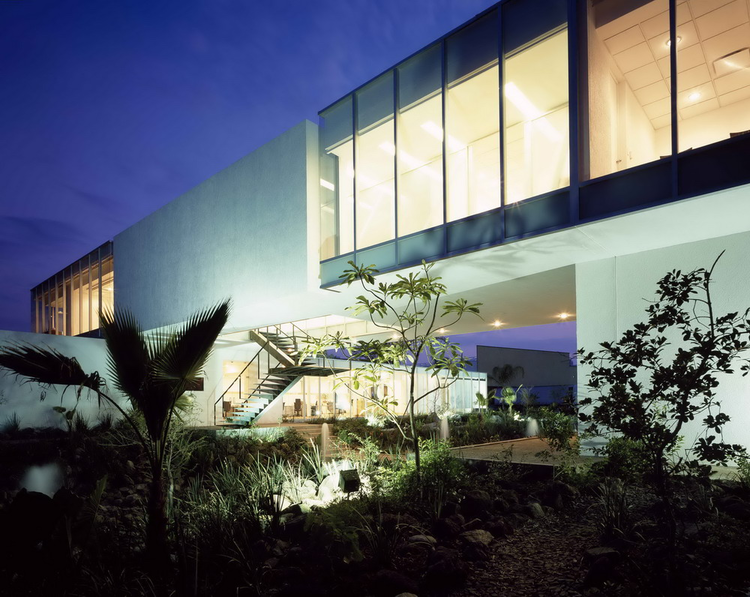 Text description provided by the architects. This project integrates 4 vital members, the first and most important, our client; who originated the concept and idea. Having the architectonic program, we attempted to give form to the rhetoric of the promenades in the countryside, idea that had to be implicit in the building.

The gardens therefore became the soul of the project introducing the third member, the landscaper. The green palette of vegetation and the force of natural stone were the elements that marked the design of this landscape, leaving in its steps all the crops that constitute the company's line of production. As a result of walking the passages, the user and the visitor , can experience direct contact with the plant life that gives form to the surroundings.

Leaving back the marketing of the building, translated to the contact with nature (the company's main products), the corporate offices were considered to be open, built taking down the dividing walls to become part of the contiguous gardens.

Three stories were formed by lightweight concrete parallelepipeds that more than to contain, were conceived to absorb. And with different programs within them, were brought together by the landscaping project that surrounds them.

Two artists were invited to collaborate and give completion to the project, Luciano Matus gave life to the backbone of the building, the central stairs.

In a second intervention, abstracted the essence of nature and subtly placed water in the landscape's course. Paulina Lasa´s contribution was to outline the foliage of the landscape and register the form of the branches in a mural. 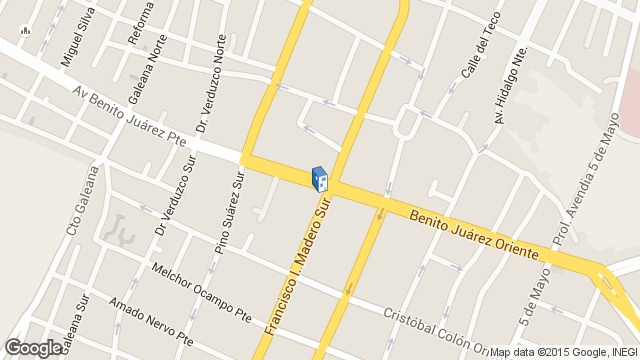