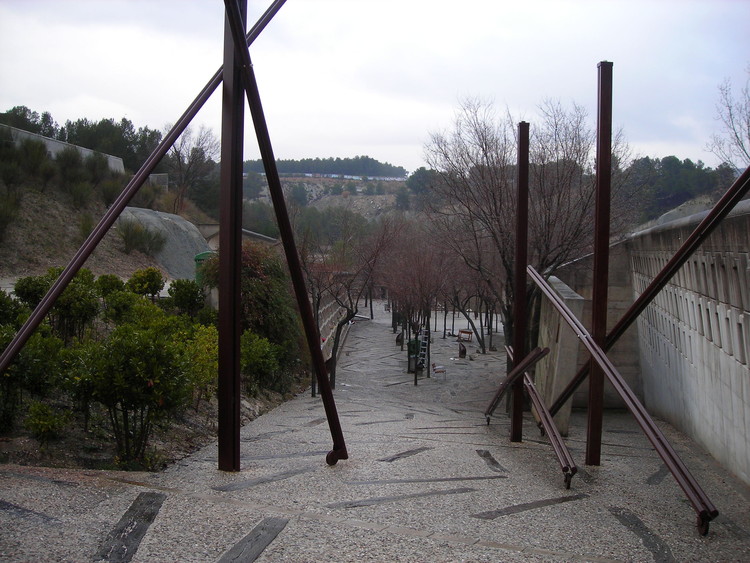 Text description provided by the architects. As part of a competition to replace an older cemetery, Enric Miralles and Carme Pinos envisioned a new type of cemetery that began to consider those that were laid to rest, as well as the families that still remained. After 10 years of construction, the Igualada Cemetery, outside of Barcelona, Catalonia, Spain, was completed in 1994 as a place of reflection and memories.

The Igualada Cemetery is a project that challenges the traditional notions of what makes a cemetery.  Miralles and Pinos conceptualized the poetic ideas of a cemetery for the visitors to begin to understand and accept the cycle of life as a link between the past, present, and future.

As one enters the site, one confronts a set of cor-ten steel poles that double as gates to the cemetery – the poles are likened to the crosses at Calvary.  From the main entrance, there is a processional winding pathway that descends into the main burial area; the pathway is lined with concrete “loculi” - mausoleum burial plots – that wrap around the depressed space as a transition from tier to tier.

The windy path is conceptualized as the river of life that moves from a wide open expanse in the Catalonian hills to a secluded memorial space excavated below the horizon.  The circulation through the cemetery adheres to a more processional effect that focuses less on the organization of the burial plots, but rather the experience. 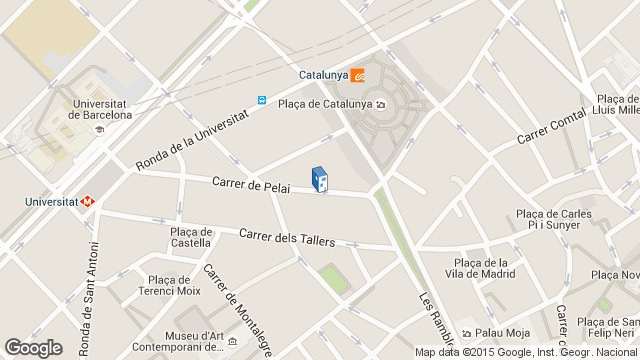 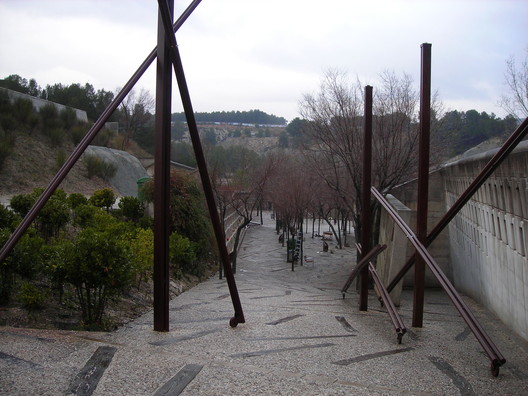