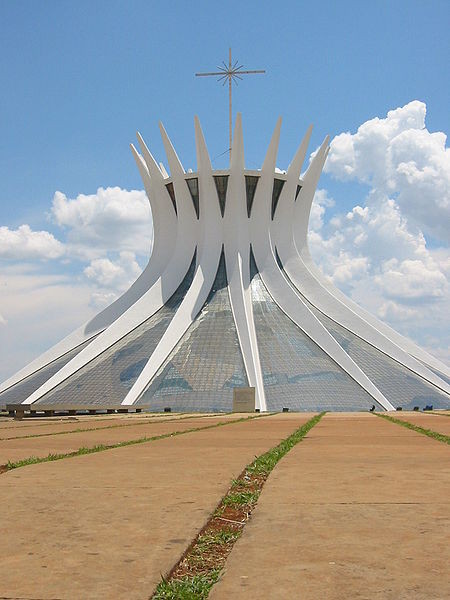 Text description provided by the architects. Having such a significant history, it can be expected that the architecture of Brasilia reflects the richness and prominence of the culture as a planned city.

The church bears much importance in the society, so the design had to have significance and personality against its surroundings. Oscar Niemeyer was sure to make a statement with the powerful expression and unique form of the Cathedral of Brasilia, which led to his acceptance of the Pritzker Prize in 1988.

The cornerstone was laid in early September of 1958, when designs were beginning to be proposed and thoroughly planned out by Oscar Niemeyer. With a diameter of 70m, the only visible structure of the cathedral being sixteen concrete columns with a very peculiar shape. Reaching up towards the sky to represent two hands, the columns have parabolic sections.

After the addition of the external transparent windows, the Cathedral was dedicated on May 31st of 1970. Figuratively guarding the exterior of the church stand four bronze sculptures, each 3m high.

These represent the Evangelists and were made with the help of Dante Croce in 1968. More sculptures can be seen inside the nave, where three angels are suspended by steel cables. Ranging in size from 2.22 to 4.25m long and weighing 100kg-300kg each, these were completed by Alfredo Ceschiatti and Dante Croce in 1970.

Hand-painted ceramic tiles cover the walls of the oval-shaped Baptistery, done by Athos Bulcao in 1977. The Cathedral is completed with its bell tower, housing four bells that were donated by Spain. More obvious details of the interior are the stained glass windows, with different shades of blue, white and brown.

These were pieced together to fit between the steel columns, into 30m high triangles that run 10m across.  The alter was donated by Pope Paul VI, as well as the image of the Patroness Lady of Aparecida.

Upon entering into the Cathedral, there stands a marble pillar with pictures of passages of the life of Our Lady, painted by Athos Bulcao. 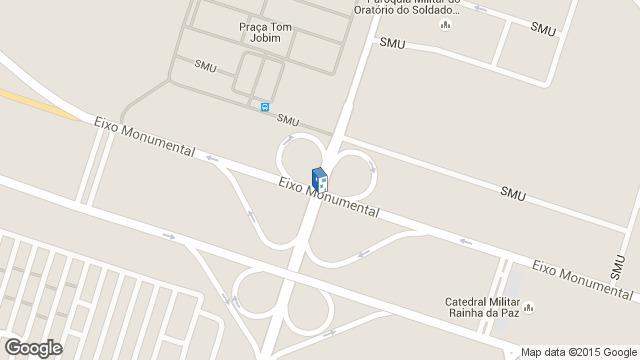