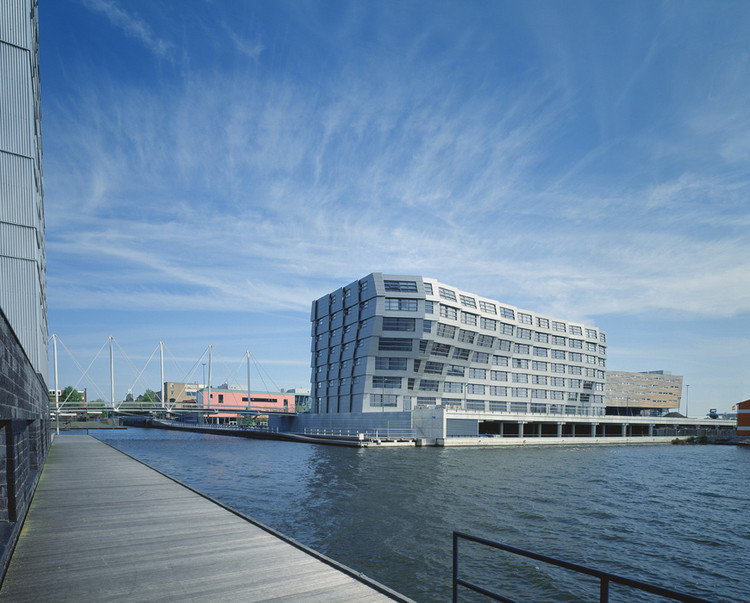 Text description provided by the architects. Block 16 is part of the master plan designed by OMA for a new prestigious city centre in Almere. The autonomous expressive block reacts on two conditions: the billowing end marks as a kind of gatekeeper the harbour entrance. At the other end the movement is smoothened and the building fits in with the right-angled grid of the adjacent glass high-rise housing blocks. The block is sited on a basement car park (design OMA) serving as a pedestal. The elevated deck level is half occupied by the common entrance and the storerooms. The other part is a gym which continues on the parking level below where it ends in the fitness-café, an autonomous pavilion.

The design of Block 16 is largely based on an analysis of tunnel formwork constructions. Implementation of this mode of construction is financially attractive in developing major housing projects. The basic principle of tunnel formwork is the simultaneous casting of floors and party walls. Similar to extrusion techniques, this requires a constant section. It is common practice that the tunnels are also of a constant length, resulting in a regular concrete skeleton. Variation in the length of adjacent tunnels breaks the monotonous structure. The result is a wavy façade surface providing the block with a dynamic quality. This unusual application of tunnel formwork implies a relatively small rise of the building costs, but yields a much more expressive image.

Block 16 is equipped with two central corridors, providing the occupants' access to the apartments. The living rooms of all the 49 apartments are south-facing and orientated to the waterfront. On the northern side of the block the private stairs are located interconnecting higher or lower floors. The main communal stairwell fills a seven-storey void located behind the biggest bulge. The deviant function is furthermore revealed in the exterior by the strip of half sized cladding panels.

The hollows and bulges in the façade all have a functional basis. The dimple on the north side marks the entrance and the protruding south façade arises from adding patios to some apartments.

Initially a wooden cladding was planned, but in the tenders submission it turned out to be too expensive. A new solution was found by manufacturing façade elements each covering an entire tunnel section. The intention was to apply the elements in a weatherboard manner, implying an overlap on all sides. This is only possible if the panels in the vertical direction shift sideways, resulting in an unwanted diagonal grid in the elevation. Because of the adapted application of the weatherboard principle, the sides of the panels do not fit. The remaining oversized ‘chink' is sealed with a different material, separating the elements from each other. It provides the building with two faces; smooth and wavy in one direction, rough and staggered in the other.

The silver-coloured anodised aluminium cladding of the façade combined with the continuously changing incidence of light creates a varying identity of Block 16 and suggests a moving scaly creature. 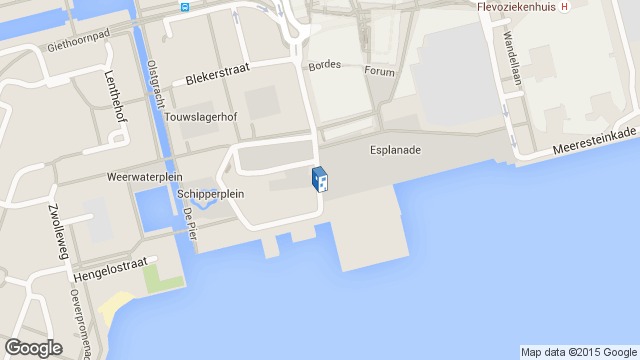 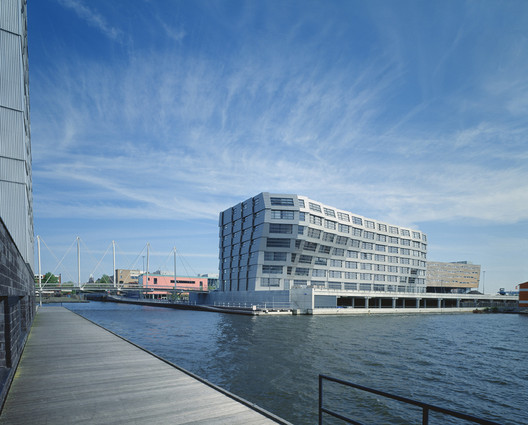