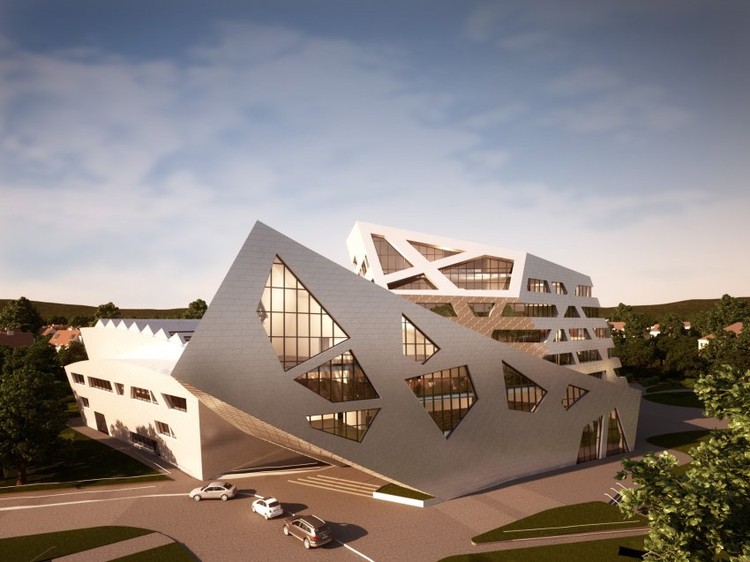 Germany’s Lüneburg university wants to reinvent itself as an elite academic institution and is looking to generate buzz with a huge new building designed by star US architect Daniel Libeskind. Students and local politicians have criticized the ambitious plans, but construction is going ahead, now that funding has finally been secured. More images and description after the break.

Big names get the general public’s attention — that’s something the administrators at Lüneburg University near Hamburg know well. In the past, former US President Jimmy Carter and German Chancellor Angela Merkel have both made appearances on the campus.

But the biggest name in Lüneburg right now is that of star architect Daniel Libeskind. The 64-year-old American architect, who designed the Jewish Museum in Berlin and has been involved in rebuilding the World Trade Center in New York, gives lectures at the institution as a part-time professor. He is also behind plans for the futuristic new central building at the university, which looks set to go ahead after the university administration announced funding plans earlier this week.

With its silver-colored, jagged facade, the building will be 38 meters (124 feet) high, able to accommodate 1,200 people and will cost around €57.7 million ($76 million). The laying of the foundation stone is planned for early 2011, and construction is supposed to be completed by Easter 2014. The building has already attracted its share of controversy, however. Student representatives have complained that it is “not practical,” while state-level politicians have criticized the fact that funding for construction was uncertain. Even local environmental activists are upset: Two pairs of crested larks, an acutely endangered bird species, were discovered on the site.

A University With Ambitions

The whole project is part of the regional university’s ambitious plans to reinvent itself. It started off as a technical college but now aspires to become more of an elite institute of contemporary learning. The university has called itself Leuphana for the past few years after an advertising agency suggested a name change. It is run by university president Sascha Spoun, who was the youngest head of a German university when he took up the position in 2006 at the age of 36. His deputy, Holm Keller, previously worked for the management consultancy firm McKinsey and the publishing and media giant Bertelsmann.

In order to realize their dream of the Libeskind building, the university administration has had to consider its financial options carefully. Originally this involved bringing together private and public funding in a so-called public-private partnership, which would have meant the construction of a hotel and a parking lot on the university campus as well. But both student groups and state politicians objected to the fact that a private investor would have usage rights on the university campus.

Earlier this week, however, the university announced that it would not be bringing on board private investors. Instead, it will build and operate the building by itself. A large part of the funding will come from the state of Lower Saxony, which will contribute €18.6 million, and the European Union, which is providing €14 million. Other money will come from the city and regional administration, which will provide a total of €7 million together, the German Economics Ministry and other smaller sponsors, including Germany’s churches.

The university will also have to put up some money of its own. It plans to sell off some university land and buildings, which is expected to bring in €9 million. Local politicians are already warning that the institution should not sell off their property at anything below market value. 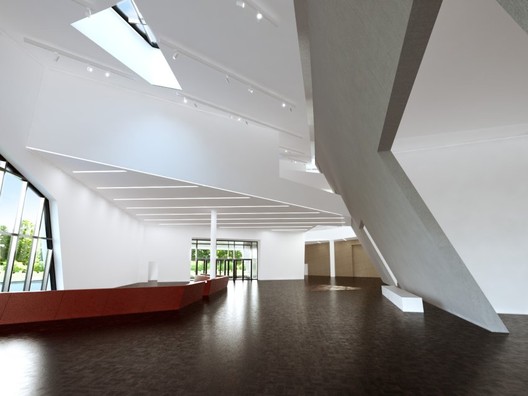