The Building Centre: The Latest Architecture and News

Exhibition: Drawn to the Future

Head-spinning funfair rides are part of the attraction of Drawn To The Future, an exhibition of new approaches to architectural visualisations at The Building Centre in London.

“We explore how digital media is changing the way we create built forms,” says the show curator, Lewis Blackwell, executive director of strategy at The Building Centre.

The most popular exhibit looks likely to be the virtual rollercoaster developed at the Centre for Advanced Spatial Analysis at the Bartlett School of Architecture. Viewed on an Oculus Rift headset, it simulates a rollercoaster journey around the skyscrapers of a fantasy city.

Rethinking the Urban Landscape, a (free!) exhibition curated by The Building Centre and Landscape Institute, presents a case for a landscape-first approach to city design and regeneration. The show, which is on view at The Building Centre in London until end of February and then tours, focuses on six problematic areas - from environmental issues to financial planning - and shows international projects that, due to the early procurement of landscape architects, deliver unique solutions.

Through January 31, The Building Centre is hosting Upright and Educated, a photographic exhibition documenting the work of UK charitable organization Article 25 in Burkina Faso. Captured by award-winning photographer Grant Smith, the images chart the construction and use of a school in Gourcy, in the country's north.

Founded in 2006, Article 25 worked with local builders, craftspeople, and fellow UK charity Giving Africa to construct Bethel Secondary School, allowing up to 1100 children access to enhanced education and vocational training facilities. Learn more about the project and view selected images from the exhibition after the break. 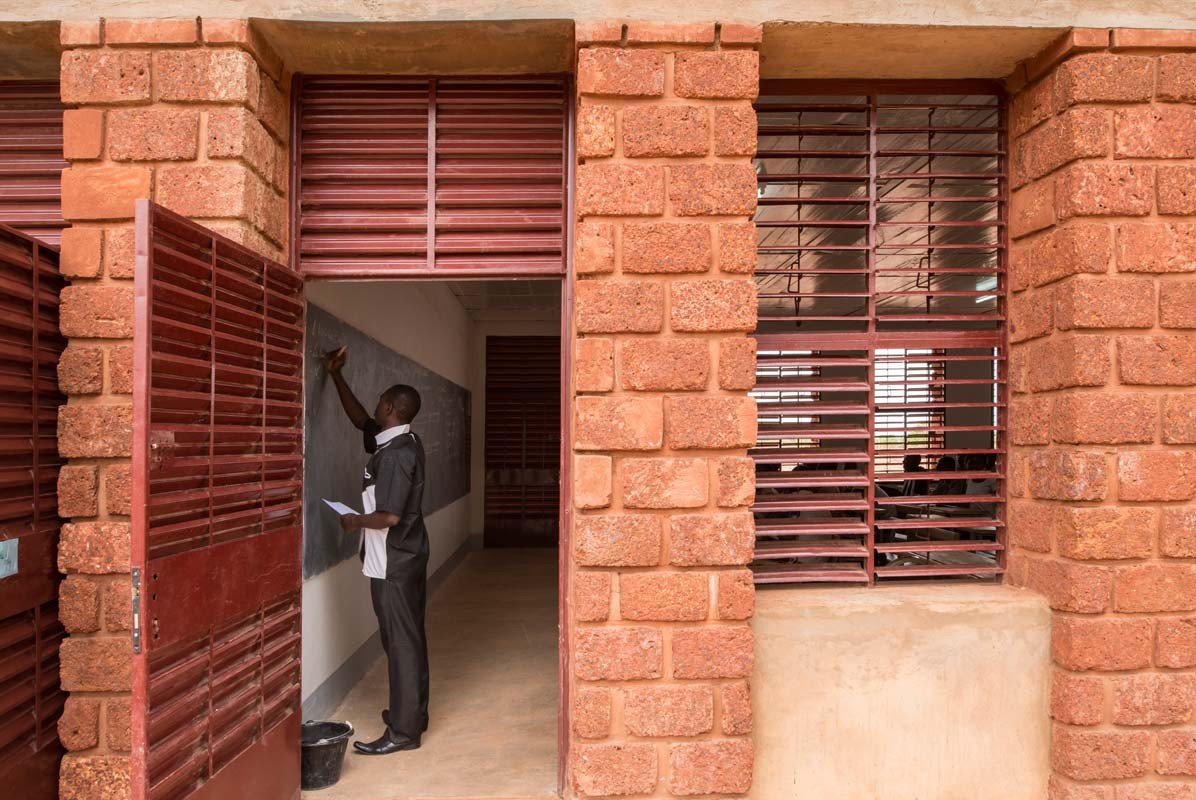 A Shed of One’s Own: An Exploration of Architectural Sheds and Writer’s Bothies

As part of the Dylan Thomas in Fitzrovia festival, The Building Centre is examining the space Dylan Thomas and other writers depend on to create their work. A Shed of One's Own is a photographic exploration of unique sheds with architectural significance and literary connections. From award-winning studios in Central London to weathered bothies in Scotland, this exhibition explores the importance of space for creativity and inspiration.

Architectural photographer Agnese Sanvito will be exhibiting a selection from her portfolio at The Building Centre in London. Her works, which include photographs of buildings by Renzo Piano, Jean Nouvel, Santiago Calatrava, Wilkinson Eyre, and Sou Fujimoto, focuses on the ways color shapes our sense of buildings.