RKW Architektur + strove to represent today’s creative industry through transparent loft spaces in the design of office buildings named Alpha, Beta, and Gamma. KAAN’s facades for the buildings maintain the architectural identity while being their own distinctive elements.

RKW Architektur + has been selected as the winners of a competition to design a new mixed-use residential tower located at Mailänder Platz in Stuttgart, Germany. Rising from a triangular site, the building features a dynamic facade of shifting stone that creates openings for vertical greenery, and an abundance of public space, including cafes, retail, a hotel and a library. 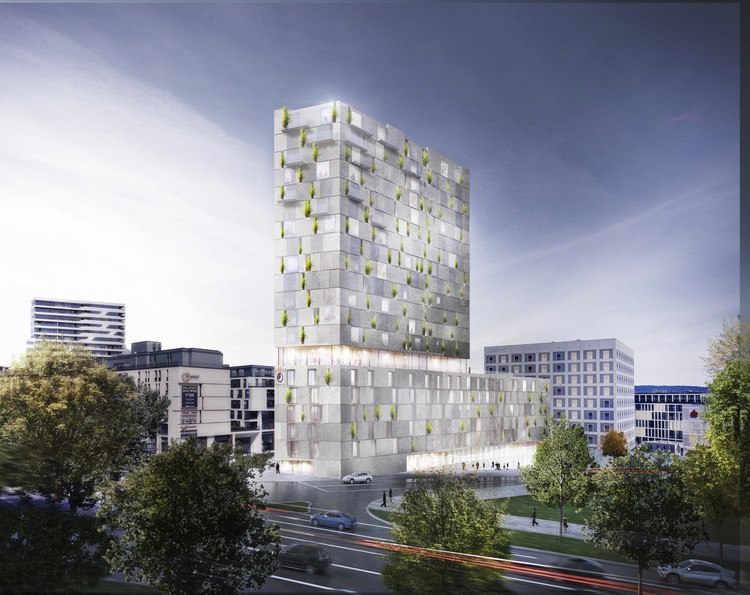