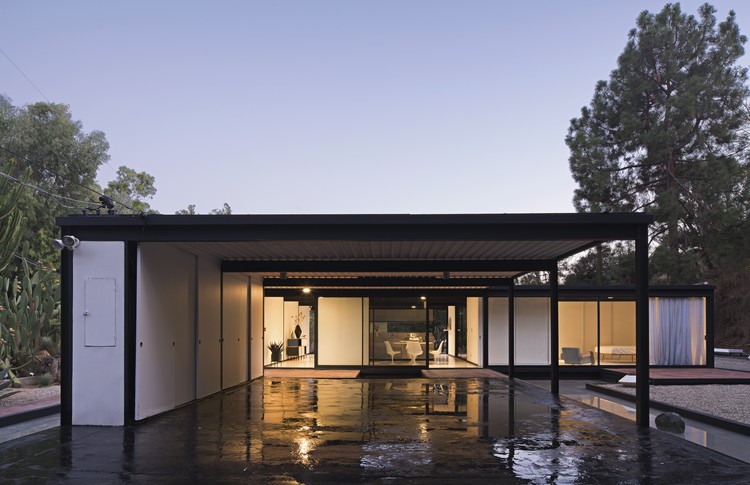 Without a doubt, it’s among the most famous houses in Los Angeles. The house is easy to describe: a steel framed L-plan, divided into bedrooms and the communal living spaces, all wrapped around a turquoise pool seemingly impossibly poised above the city. But words don’t do it justice. Julius Shulman’s 1960 photograph of Pierre Koenig’s Case Study House 22, perhaps better known as Stahl House, changed the fantasies of a generation.

Pierre Koenig’s Case Study House 21 (Bailey House) represents an icon in the Case Study program, the visionary project for reimagining modern living developed by John Entenza for Arts & Architecture magazine. On being completed in 1959, Arts & Architecture applauded it as “some of the cleanest and most immaculate thinking in the development of the small contemporary house”, and it remains an influential single family house for architects worldwide. Now Archilogic has modelled this icon in 3D, so you can explore it yourself.

The Architecture City Guide series heads to the West Coast this week. Los Angeles area is huge and it was nearly impossible to narrow down 12 buildings for this weeks list. Here’s what we suggest visiting if you are in LA, but we want to know what additional buildings you think we should add to our list! Visit the comment section and provide your can’t miss buildings in LA.

The Architecture City Guide: Los Angeles list and corresponding map after the break!