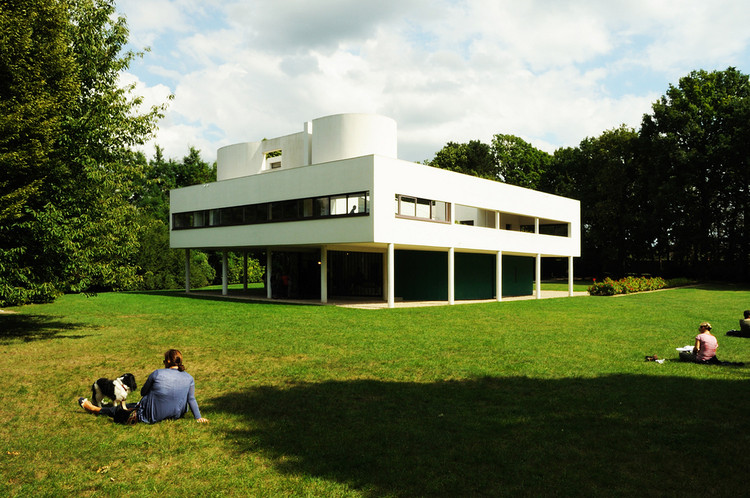 Text description provided by the architects. Situated in Poissy, a small commune outside of Paris, Villa Savoye is one of the most significant contributions to modern architecture in the 20th century. Completed in 1929, Le Corbusier's masterpiece is a modern take on a French country house that celebrates and reacts to the new machine age.

The house single-handedly transformed Le Corbusier’s career as well as the principles of the International Style; becoming one of the most important architectural precedents in history. Villa Savoye’s detachment from its physical context lends its design to be contextually integrated into the mechanistic/industrial context of the early 20th century, conceptually defining the house as a mechanized entity.

Le Corbusier is famous for stating, “The house is a machine for living.” This statement is not simply translated into the design of a human-scaled assembly line; rather the design begins to take on innovative qualities and advances found in other fields of industry, in the name of efficiency.

In response to his aspirations and admiration of mechanized design, Le Corbusier established “The Five Points Of Architecture", which is simply a list of prescribed elements to be incorporated in the design. The Five Points of architecture can be thought of as Le Corbusier’s modern interpretation of Vitruvius’ Ten Books on Architecture, not literally in the sense of an instructional manual for architects, but rather a checklist of necessary components of design.

At this point in Le Corbusier’s career, he became intrigued by the technology and design of steamships.  The simplistic, streamlined result born out of innovative engineering techniques and modular design had influenced Corbusier’s spatial planning and minimalistic aesthetic.

The pilotis that support the decks, the ribbon windows that run alongside the hull, the ramps providing a moment of egress from deck to deck; all of these aspects served as the foundation of the Five Points of Architecture and are found in the overall composition of Villa Savoye.

Upon entering the site, the house appears to be floating above the forested picturesque background supported by slender pilotis that seem to dissolve among the tree line, as the lower level is also painted green to allude to the perception of a floating volume.

The lower level serves as the maintenance and service programs of the house. One of the most interesting aspects of the house is the curved glass façade on the lower level that is formed to match the turning radius of automobiles of 1929 so that when the owner drives underneath the larger volume they can pull into the garage with ease of a slight turn.

The living quarters, or the upper volume, are fitted with ribbon windows that blend seamlessly into the stark, white façade, which void the façade(s) of any hierarchy.  The ribbon windows begin to play with the perception of interior and exterior, which does not fully become expressed until once inside.

However once inside, there becomes a clear understanding of the spatial interplay between public and private spaces.  Typically, the living spaces of a house are relatively private, closed off, and rather secluded. Yet, Le Corbusier situates the living spaces around a communal, outdoor terraced that is separated from the living area by a sliding glass wall.

This notion of privatized areas within a larger communal setting is a common thread later on in Le Corbusier’s housing projects.

Both the lower level and the upper living quarters are based on an open plan idea that provokes the inhabitant to continuously meander between spaces.  As an architectural tour de force, Le Corbusier incorporates a series of ramps moving from the lower level all the way to the rooftop garden, which requires the inhabitant to slow down and experience the movement between spaces.

Villa Savoye is a house designed based on an architectural promenade. Its experience is in the movement through the spaces. It is not until one becomes familiar with the subtle peculiarities that the movement and proportionality of the spaces evokes a sense of monumentality within the Parisian suburb. 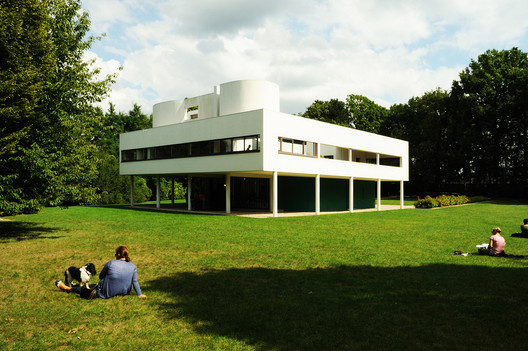