Highlighting the necessity of such a project, the design team explain: “There are approximately 800,000 Muslims living in NYC. A majority of the gathering places for Muslims are Mosques that focuses on Religion as Practice, which does not leave enough room for developing Religion as Culture.” 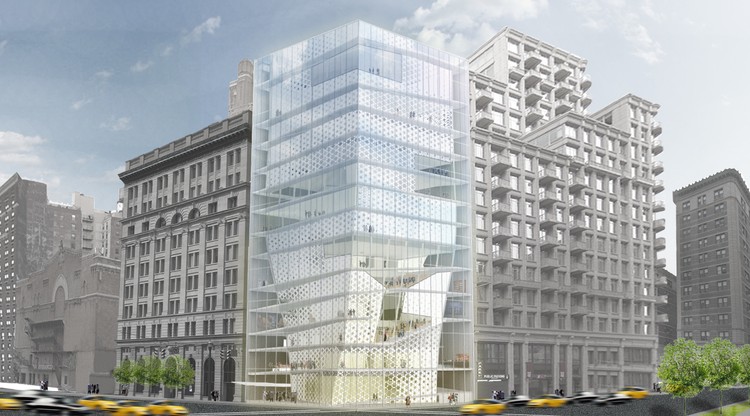 LOT has been selected as the winner of the third annual Flatiron Public Plaza design competition in New York, which called for proposals from 5 New York City firms to design a temporary installation to be located at the base of the iconic Flatiron Building.

The winning proposal, titled “Flatiron Sky-Line,” consists of a series of 10 large contiguous arches, constructed out of white powder-coated steel tubes housing LED lights, from which an array of hammocks will be suspended to allow visitors to rest and take in the surrounding landmarks such as the Met Life Tower and Empire State Building. 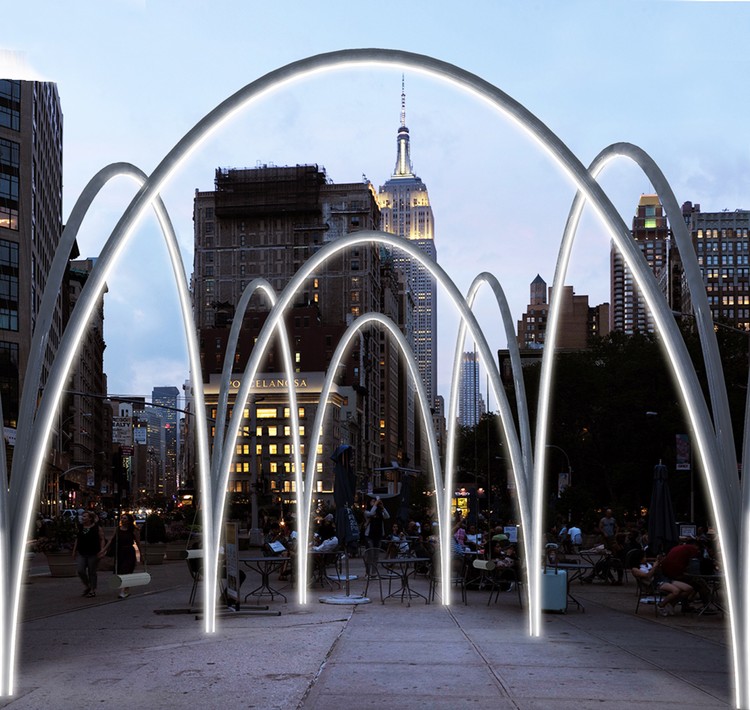