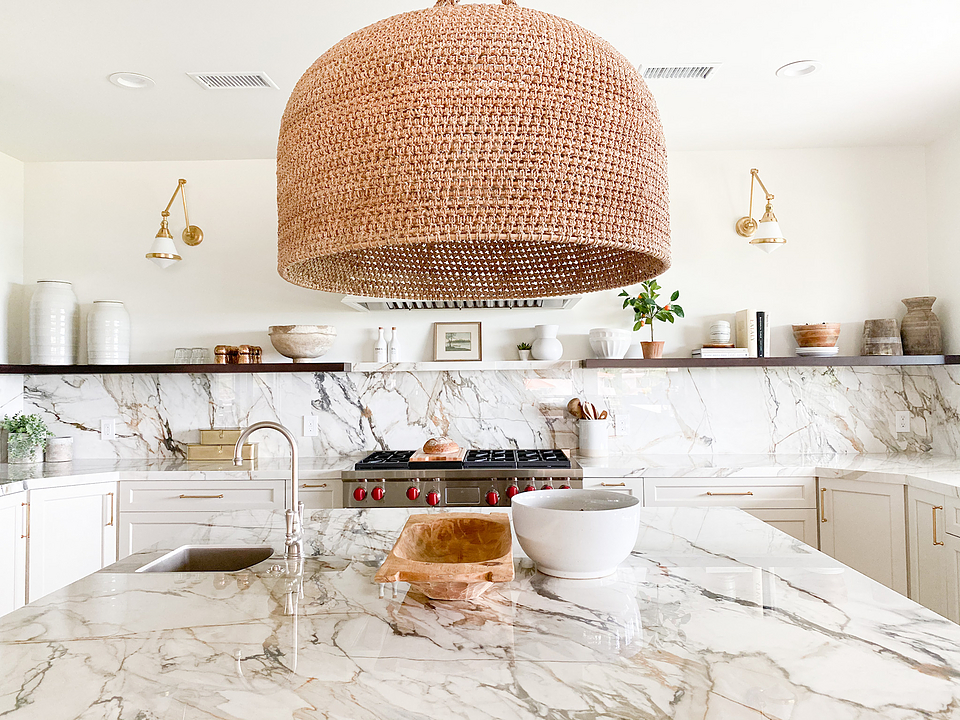 Nestled in the foothills of North Tustin, California, USA is the beautiful home of the celebrated interior designer, Hilary Hale. Amongst the well-appointed and stylish rooms, a kitchen recently specified in visually striking Neolith® Calacatta Luxe serves as the centerpiece.

Hale’s vision for the kitchen’s design was to open up the space to take advantage of her French doors and windows that open westward towards sunset views.

The designer aimed to create a cozy, lived-in look in the kitchen using a timeless, neutral palette, however, she also wanted to add a touch of modern elegance and a twist of contemporary chic. This lead her to the choice of Calacatta Luxe in Polished finish for the room’s countertops and backsplashes. The color takes white marble to the next level with its navy and amber veining, creating a more vintage, traditional look while remaining current and fresh.

As a sought-after interior designer in Orange County, Hilary had used Neolith for previous projects. What really drew her to the brand was its wide range of patterns, particularly those which bear a striking resemblance to genuine marble, as well as the enhanced durability and ultra-hygienic properties of the material.

She opted for a complimentary soft beige hue for the cabinetry, which gave just enough subtle contrast to distinguish it from the surrounding white tones without looking too dark. She also selected some channel-paneled doors on the island to add some texture.