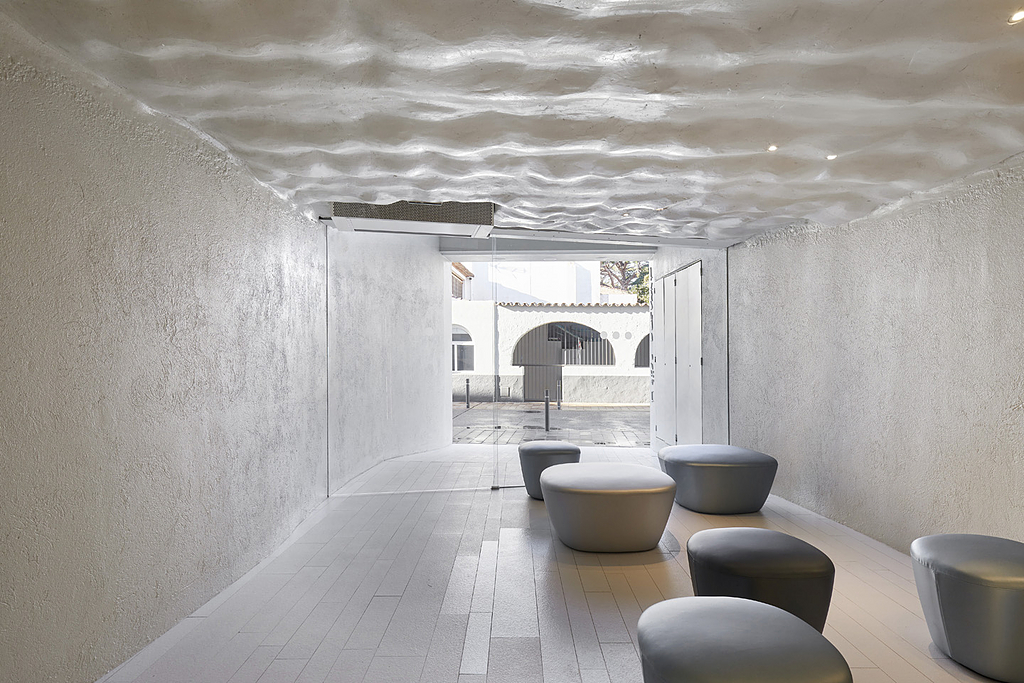 + 6
The product has been saved to the folder: My Downloaded Products

Award-winning architect Pau Llimona designed a hotel by the Mediterranean Sea featuring Neolith sintered stone surfaces. The iconic location has a major impact on local approaches to architecture; this is the essence Llimona set out to capture by specifying Neolith for the project.

A luxurious, three-story hotel with a renowned restaurant, every room has its own balcony plunge pool. With vistas across the Bay of Llafranc, stretching out over the horizon towards distant Sardinia, Llimona knew he had to deliver an ethereal interior as extraordinary as the hotel’s setting.

Llimona was commissioned by Hotel Llevant, located in Llafranc on the Costa Brava, Spain, to redesign and redecorate the whole building’s interiors. Hotel Llevant is a Costa Bravan institution, founded in 1935 by the current owner’s great grandmother who built up the property from a small guesthouse to a luxurious hotel and restaurants. While the hotel has continually evolved with changing trends and tastes, it has faithfully maintained its enchanting identity. Maintaining this balance was an essential part of Llimona’s initial brief.

A local phenomenon, the Levantadas are waves formed by the Levant, an easterly wind that blows across the Iberian Peninsula. The large swells are sometimes so big they flood the interiors of houses on the seafront of coastal towns like Llafranc. It became Llimona’s inspiration, providing the artistic drive behind the project. He wanted to capture the full atmosphere and experience of the Levantadas, from the fluid feel of sand underfoot to the sight of the cresting and crashing surf.

The interior would communicate the mercurial nature of the sea, both calming and tumultuous, as straightforward as it is fathomless. Like the remarkable waves, it would need to be dramatic and overwhelming, enveloping the whole interior, instilling a sense of awe in guests as soon as they enter the hotel.

Pau Llimona is no stranger to the creation of otherworldly concepts. In 2016 he used custom-made slabs of Neolith in the design for Albert Adriá’s celebrated Enigma restaurant to create a dreamscape in which the world-famous chef could demonstrate his singular approach to cuisine. It was during this project that he discovered the unrivaled aesthetic potential and technical qualities of Sintered Stone.

Neolith is 100% natural which particularly appealed to Llimona since he wanted to evoke the aura of a naturally occurring event. Aside from Neolith's already extensive collection of patterns and colors, they are one of the very few brands to offer bespoke-designed surfaces. Standard manufacturing procedures and processes are usually impossible to deviate from. Not so with Neolith.

At the beginning of the design process, Llimona approached Neolith to discuss requirements. The Sintered Stone brand’s interest was piqued by the challenge put to them: A major component of the overall aesthetic would be textured flooring, specified throughout the hotel. Principally, the architect wanted a surface that would recreate the roughness and shine of the seabed, ever so slightly pearlescent. When illuminated, the surface would reveal subtle flecks of blue and red, recalling the sparkling reflection of the bright sun on the water.

Neolith developed a unique, custom-made color which became a major design component in the project. In order to achieve the desired surface texture, a Riverwashed finish was used. Using a local fabricator, Marbres Ferran Reja, the sintered stone slabs were cut into various sized rectangular tiles and laid to create an interesting uniform, but irregular, tessellating effect with a clean finish.