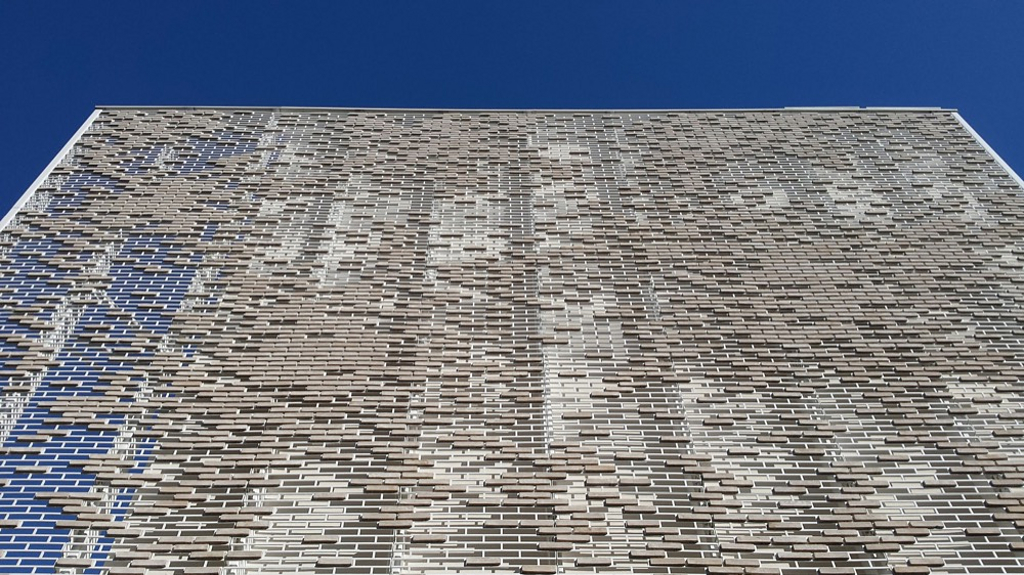 The challenge of combining tradition and innovation, raw material and geometrical purity has been met on the façade of the Hotel Magna Pars Suites in Milan thanks to custom-made Terreal San Marco bricks.

The overall project consisted of enlarging the original structure of the hotel, a former perfume factory built at the beginning of the 20th century, with a perfume laboratory. The façade of the extension to the Hotel Magna Pars Suites in Milan is, over and above the technical skill employed, an aesthetic gem. No fewer than 10,000 Terreal hand-molded terracotta bricks in pearl grey were needed to clad this 15m-high polished steel openwork wall. It was a major challenge that called for the expertise and unfailing motivation of the Terreal teams.

In order to realize the ambitions of the architect, Roberto Murgia, and meet the demands of the project, the bricks were custom-made by being molded by hand from a soft paste. Unique objects in terms of their size, the position and size of the fastening holes; more unexpectedly, also aesthetically with the use of a special light-colored clay paste and finished with coarse quartz sand.

Terracotta bricks are a material that has always been used in architecture. It seemed that they had gone out of fashion before they made a strong comeback, reinvigorated by new technology. So for this project, the architects designed a complex fastening system using custom-molded Teflon elements to support these traditional bricks. It’s the perfect combination of tradition and innovation to revisit, reimagine and rediscover terracotta bricks.

The hand-made bricks with a very light, almost white color are suspended on a metal structure made up of hundreds of rectangular spaces. Unique pieces that seem suspended in the air.