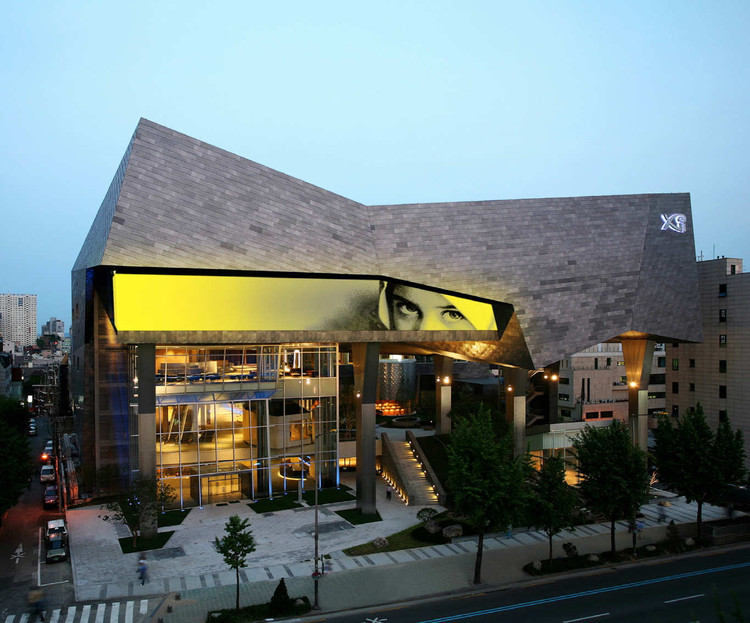 Text description provided by the architects. The "Xi Gallery Project" is a temporary facility for developers to sell apartments that they have developed. These facilities are commonly called 'Model Houses' or 'Sample Houses' and are made out of reusable steel structures and economical modular panels and normally destroyed after 3~5 years of use. Also, the facility has temporary building permits from the city which last about 3~5 years of occupation.

The site of the project lies adjacent to Hapjeong Subway Station along the 'Yangwha Expressway' in Seogyo-dong, Mapo-gu. 'Yangwa Expressway' is one of the major roads connecting the Seoul-Incheon Express with Seoul's Walll Street to the South, and Seoul's Metropolitan to the North. Because of it's location nearby popular universities such as Hongik, Sogang, Yonsei and Ewha Womens', the younger generation can easily access to the area. On the contrary of its geographical advantage, the site lies nearby many undeveloped buildings which lack environmental conditions such as open green spaces. Together with the client and constructor, we decided to create a public garden for any individual to easily access to the neighborhood. Afterwards we started the project with the concept of a floating structure to secure the garden area as much as possible.

The Xi Gallery sheds from the typical usage of a 'model house for apartment sales'. By revising its purpose as a 'housing cultural center', it will exert a positive influence on residents living in standard existing apartments and will be used for various programs. On the ground and 2nd floor, the space is equipped with auditoriums and educational rooms for various cultural activities open to the public.

On the 3rd and 4th floor, lies the 'model apartment exhibition area', an warehouse area where the developers use to exhibit their model apartment sample units at various scales and types and the interior display and program changes frequently according to the developer’s needs.

A single project(containing approx. 5 types of units) is usually on exhibition for about 3~5 months. Within a year at least 4 projects, resulting to approx. 20 types of units can be displayed and sold inside the facility.

Meanwhile, the exterior mass plays a role of a visual and locational landmark which provides diversity to the area. The 'floating model house' was intended to create a dynamic sensation because of the various combinations of angles on the facade. The exterior LCD screen along the street will be used as a media art canvas for young artists to perform artistic experiments. Also, the interior LED screen will be used as a communicative windows for facility users, an information deliverer through diverse types of informational motion pictures and a space for promoting various artists' works.

Beyond functioning as just a 'model house for apartment advertisement', the Xi Gallery is planned with potential space where people can experience various living styles in the near future. With the design concept of a 'floating stainless steel mass', we attempted to make a resemblance of a 'hi-tech cloud floating on the natural environment'. Various views from various angles will allow the mass to have a diversed 3-dimensional effect, as well as resembling as a fantastic and mysterious object. We expect that these trials of mass studies along with the simple choices of materials - stainless steel for the exterior and marble with wood for the interior - will create a clear and simple, as well as fantastic and dynamic feature for the design.

Since the land price is very expensive in this area, and buildings can normally be built up to 20~25 stories which means the 'model house' cannot serve the land owner for permanent uses because of its low floor area ratio. It has been designed to be only four stories which was the required maximum height for the facility to fulfil its temporary purpose.

The building will be demolished within 5 years and the developers are planning to build high-end apartments projects on the site in the near future. 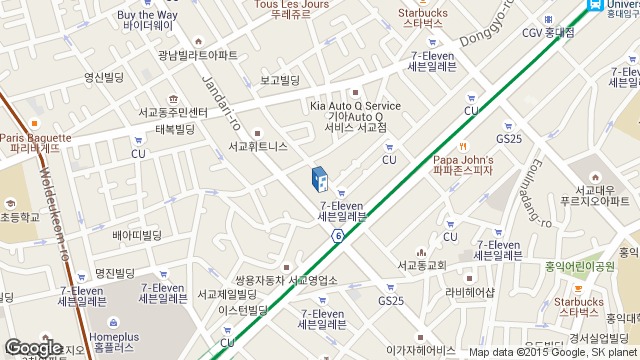