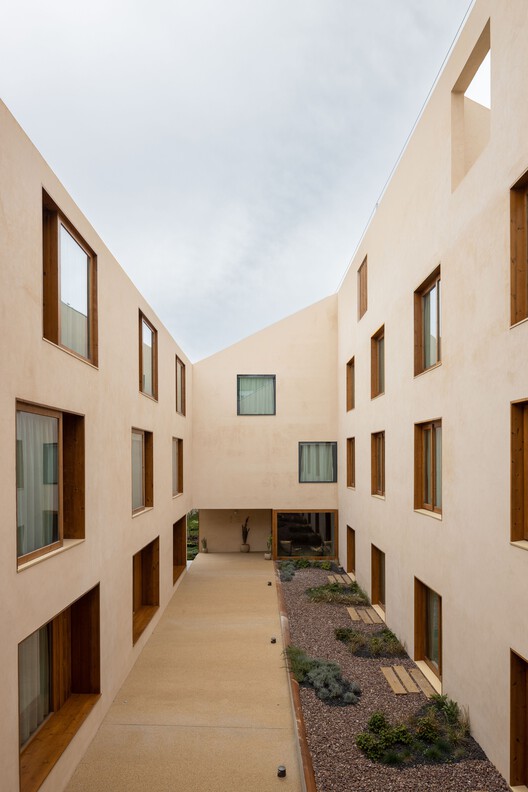 Text description provided by the architects. The project was developed in an old electrical components factory from the 80s, located in an old area of mixed-use (residential/industrial) in the city of Porto. From a very preliminary stage of the process the design team actively intervened, namely in the development of a concept based on:

The plan defined by the Project Team and the Owner called for the reconversion of part of the built-up area into a Hotel, with different accommodation units (62 - apartment studios and rooms) and the installation of a Concert Hall, a music library, and rehearsal rooms. The theme "music" was the converging element associating the Hotel program with the Concert Hall.

The project was always focused on opening" to the city the outdoor spaces as well as the restaurant, the music library and the Concert Hall. The siting of the existing building and facades was incorporated into the design of the new project. It was intended that the reconversion would not erase the memory of the existing buildings, but rather enhance their presence in the urban landscape. An old factory thus became a multifaceted space with an innovative project that intends to requalify a very degraded area of the city of Porto.

At the same time evokes the nostalgia of a time and it maintains and values the memories of pre-existence buildings. It is understood that the historical value of the industrial heritage of the building was thus reinforced despite its new use. The original property had its fundamental elements preserved, such as the main façade and the shape of its naves. For the new planned uses, it was necessary to add or subtract several elements but always maintain the pre-existing characteristics.

The Project Team sought to keep the design clean and simple, based on a monolithic language and using the smallest number of materials. Inside, the recurrent use of concrete (exposed slabs and floors), lime mortar (on the walls) contrasting with natural wood details (openings and fittings), and solid brick (in some special areas on the walls).

Outside, the use of lime mortar, wood, and solid brick, all already used in interior spaces, creates a sense of continuity There are different units of rooms and Arquitectos Aliados were responsible for the interior design package including FF&E (furniture/lighting design). 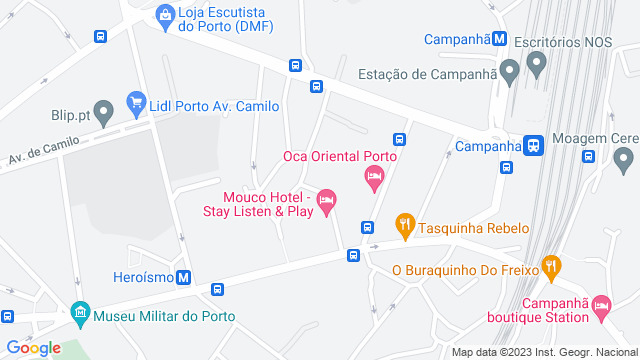