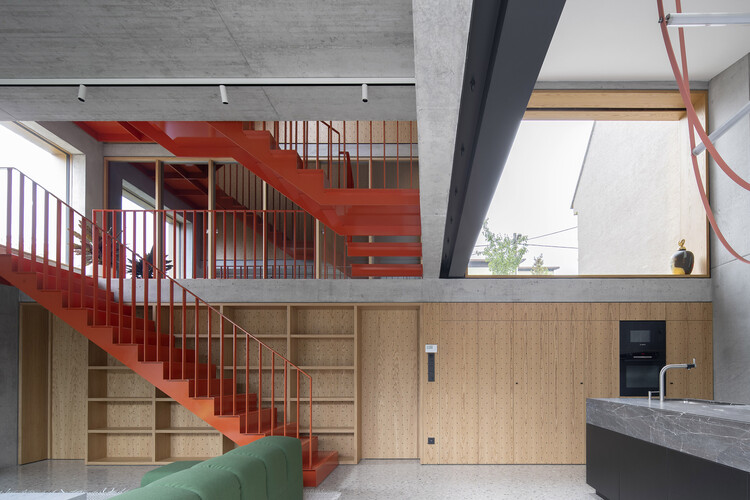 Text description provided by the architects. The housing project – a family house for a young family of four – had to be created on a relatively small plot of land in the Old Town of Bratislava near the locality Horský park. We tried to carry out this task, which was also a challenge, sensitively in the context of the location, the surrounding development, and the existing development of the land. Originally, there were two buildings on site.

After the initial polemic about the preservation of the original buildings, after re-evaluating the facts - analyzing the existing supporting structures and legislative possibilities, we decided to choose the path of new construction, but with a follow-up to the original solution. Thus, we were able to create an above-standard user value of housing for the investor on a small plot of land with a sensitive approach to the environment.

The aim of the concept of the new building on the footprint of the original buildings was to try not to burden the plot and its surroundings in a stabilized area and to preserve the scale and character of the original development. After the analysis, we proceeded to two basic starting points. The first starting point of the solution represented the connection to the original mass of the objects, and the second resulting from this was the creation of a new layout scheme on their original footprint. 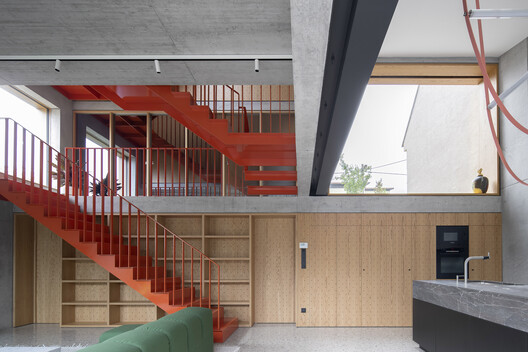