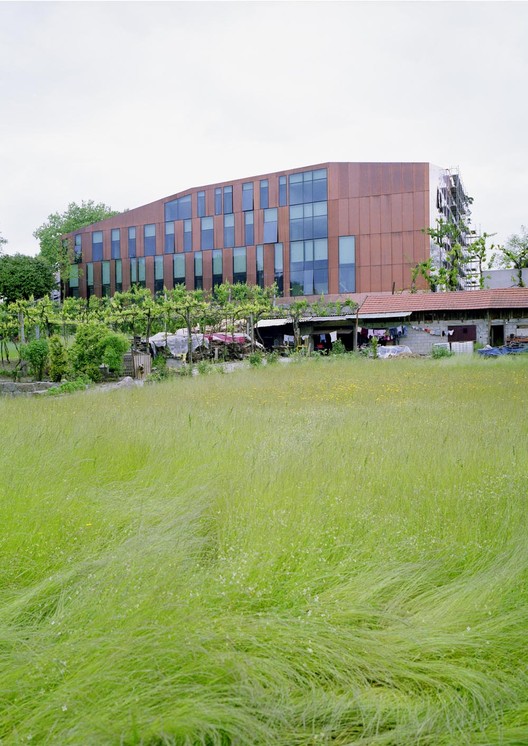 Text description provided by the architects. Empathy is used to describe the experience in which one experiences what the other experiences, without confusion between self and other. This is the beginning.

4 years ago we started thinking about this project. An irregular plot where it seemed too tight to fit what we proposed to design, with some existing constructions from the 19th Century we wanted to keep and that strongly had to relate to the new building. An extensive program with several function related requirements, but without being complex.

This data is just a starting point. Afterwards there are several other things that influence the development of the project. As an example, the plain fact that it had to be done with a foot in Guimaraes and the other one in New York. The confrontation with another reality was essential for our understanding that there is no such thing as rules or recipes nor a right or wrong approach to finding solutions in architecture: a volume doesn’t have to be orthogonal, a modern building doesn’t need to have a flat roof slab, the concrete structure doesn’t have to be 30x30 cm, the interior corridors don’t have to be narrow or with constant width or just a passage to somewhere, the glass tiles in the swimming pool can be other color than blue, a building when finished can have the appearance of everything than new…

We faced the restrictions of the urban plot as the constraints of a sheet of paper; margins, legibility, vocabulary, narrative, punctuation, all works as a start point for the project. We decided then to tackle it by arranging the program linearly, and then modeling and adapting it following two steps: a first planimetrical modeling adapting it to the limits of the plot, and then a second altimetrical modeling, in which surfaces were carved from one end of the building to the other, creating a sense of mutation between the two existing buildings. The program was distributed by the 4 floors in an intuitive manner but following a strict behavior, hierarchical and functional analysis: At the entry level all the common areas, restaurant, bar, library, activity rooms, gymnasium and swimming pool, as well as some bedrooms and managerial areas, all living in a perfect symbiosis with the exterior gardens. In the floors above, double and single bedrooms as well as smaller living areas share a greater need for seclusion and privacy. The lower floor encloses the garage, service, technical and staff areas as interdependent as a machine servicing the entire system.

From this settlement and strong relationship between the new and the old, a big patio arises in the core of the plot, a garden for outside walks that expands in defined paths towards the existing parterre.

The scale of the building, as well as its language had to be adjusted to the level of services proposed to offer. The language and story told in the exterior envelope, a rhythm and tempo marked by occurrences and tonal variations, a narrative with shape as referred by Italo Calvino – giving narrative form to abstract ideas of space and time – (Six Memos for The Next Millennium – pag.49). The volume is clear but complex, with main emphasis in the skin material of all the façade and roof, copper, detaching the building from its surrounding urban context and making it an icon. A topological mutation with a transition between one existing shape to the other, through a continuous deformation without cuts, blanks or jumps. One of the main worries was what is this building going to look like once finished, and how will it dialogue with all the pre-existences.

The decision on which material to use as skin, was crucial for this connection with the surroundings to work so the first approach on the material led us to a situation of temporal indexation, the capture of time which according to what John Ruskin wrote in his book “The Seven Lamps of Architecture”, the added and accidental beauty in architecture consists in the sublime of the damages and ruptures, in the sublime of the patina or the vegetation which resembles architecture to the work of nature. He also states that this picturesque or this sublime strange to architecture will have a more noble function, will be the interpreter of age, the most beautiful sign of glory in a building. Natural copper was specifically selected for its fast inherent chromatic transformation process and durability. Its oxidizing results in a tonal palette (reddish brown, golden, blue, black and eventually green) that varies according to intense rainfall, or solar incidence, making this building acquire different tonalities in each surface. Once this never-ending process begins, the building and its surroundings will merge perfectly satisfying a mimetic desire to replicate the place.

Beyond the regular trips to follow the progress of the construction, installing a monitoring camera was essential, allowing us to see its development in real time. That allowed us to create a time-lapse of all the construction process, a fundamental document for future design procedures, and of course play the role of big brother for almost 2 years.

After months of design development and a lot more months of construction, the process reached an end with the sense of accomplished task. 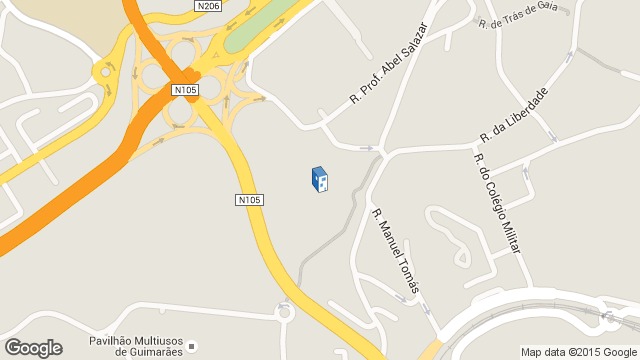