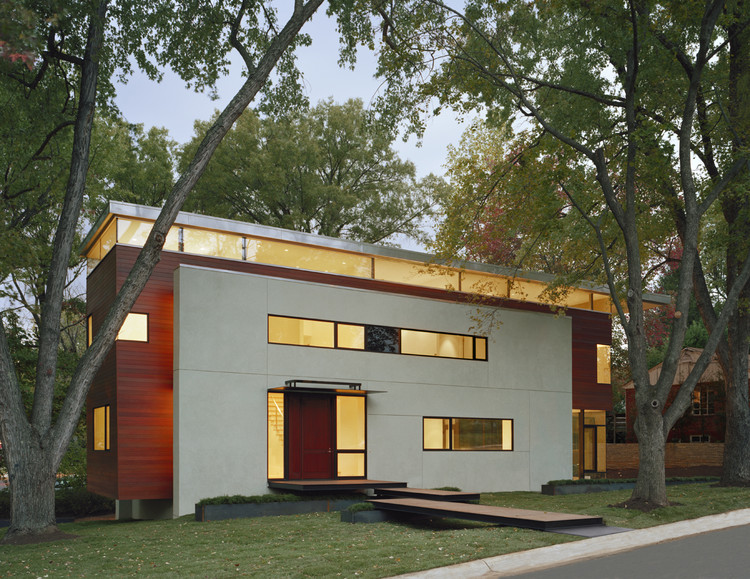 Text description provided by the architects. Located in Bethesda, Maryland this small house is organized as a series of volumes nested one inside another. At the core of the volumes is a suspended meditation chamber. Follow the break for more photographs and drawings of Matryoshka House by David Jameson Architect.

The meditation chamber is surrounded by a wooden container which encases the living areas of the house. This shell is in turn cradled by stucco walls serving as a protective layer and grounding the house to the earth. The in-between spaces of the nested volumes are strategically sliced to allow the sun to project lines of light within. By separating the three shells, the interstitial spaces allow light to become an architectural material that activates the interior.