Save
Fuggerei NEXT500 Pavilion / MVRDV 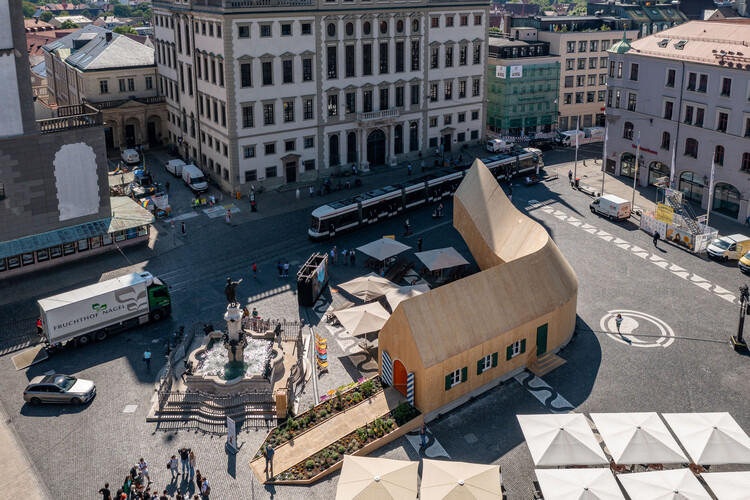 Text description provided by the architects. The Fuggerei in Augsburg is the world’s oldest social housing complex. In celebration of their 500th anniversary, the Fugger Foundations initiated an interdisciplinary debate on the topic of housing, culminating in the presentation of a “Fuggerei Code” for the future of social housing, alongside a series of studies for future Fuggereien around the world. The Next500 Pavilion, outside the town hall in the Fuggerei’s home city of Augsburg, is the epicenter of this debate and program.

The pavilion is a long, narrow, gabled building, its form inspired by the long terraced houses of the Fuggerei itself. However, rather than a single square block, one end of the pavilion is curved and raised up to suggest its role in looking out to the future Fuggereien, both in Augsburg and around the world. This lifted end forms an 8.5-meter cantilever that provides a lookout point to view the town hall itself. Thanks to the curved shape, a part of the town hall square is enclosed between the pavilion and the adjacent Augustus Fountain, creating an intimate plaza suitable for a variety of events.

Inside, the pavilion is split into various rooms for the exhibition and events. These rooms also refer to the building blocks identified in the Fuggerei of the Future study. This includes a meeting point where visitors come together to design the Fuggerei of the Future, a pink bar to cater to the festivities, and a tribune housed in the raised end which can host lectures, presentations, and other events.

The walls, floor, and roof are built from prefabricated cross-laminated timber panels, an approach that offers a number of sustainability benefits: the wood stores carbon, while the CLT panels make the pavilion demountable so that it can later be deconstructed and relocated - ensuring it can have a second life within a sustainable or social context after the conclusion of the exhibition. In addition, the wood is sourced from Fuggerei’s own forests, and a local carpenter created the wooden interiors. 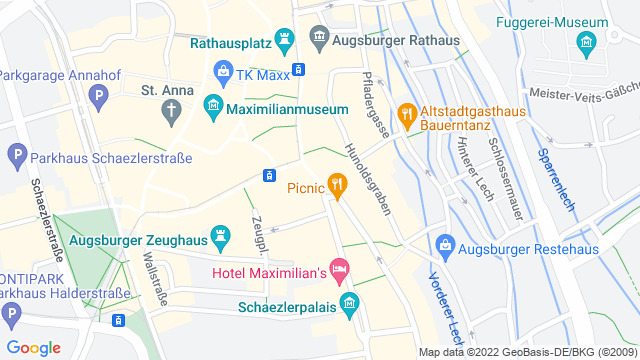 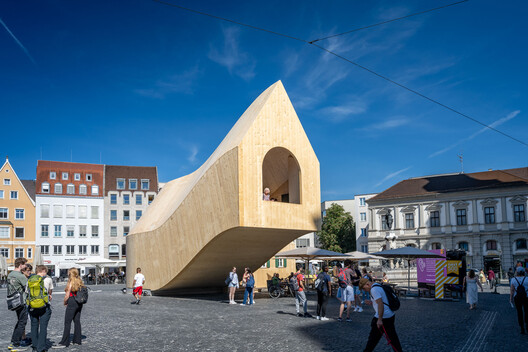