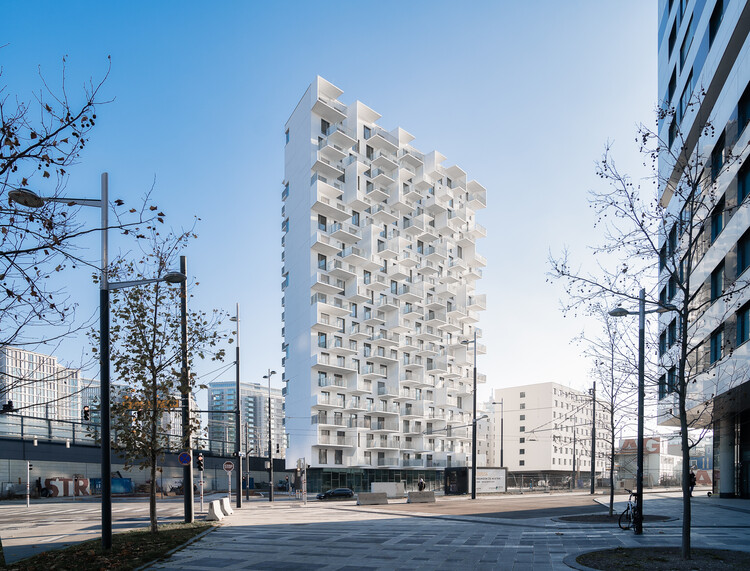 Text description provided by the architects. The residential tower “The Metropolitan” is located immediately to the south of Vienna’s new Central Station. Due to its position on the station forecourt, it also acts as the entrance building to the new “Sonnwendviertel” district, which is due for completion in 2021, and to Helmut Zilk Park.

The standalone building is positioned on a triangular plot bordered by the railway tracks to the northeast and Karl-Popper Straße to the west. The space between the tower and the next building to the south – a hotel – forms a plaza that offers residents and the public improved options for moving around the area while creating a pedestrian zone in front of the commercial spaces at the ground-floor level.

The building reacts to its orientation and varying surroundings with two types of façade: The apartments that face the railway tracks to the northeast “swing out” from and animate the façade by creating bays with staggered triangular balconies that optimize the light coming from the south and reduce the frontal exposure of the windows to the railway. The richly sculpted, three-dimensional effect of this façade represents a reaction to this highly-specific trackside context.

The irregular arrangement of the vertical side panels and horizontal balcony slabs of the façade facing Karl-Popper-Straße and the plaza to the southwest form a flat, advancing balcony layer with a differentiated façade pattern that merges into the surrounding cityscape.

The 19 above-ground stories are home to 370 apartments of between 30 and 80m² and the ground floor contains two commercial units. The first three stories overlooking the tracks incorporate communal facilities such as a fitness room that opens onto the covered first-floor terrace, which means that users can also train in the open air. The open, 70m²-terrace on the 19th floor also offers residents a sheltered view of the center of Vienna.

The apartments are accessed from a central circulation space. Most of the units facing the railway tracks have an open, partition-free plan with a central sanitary and kitchen block whose position defines the spatial organization of the apartment. This open layout of an apartment that would otherwise be divided into two spaces improves the illumination of the living areas while enhancing the sense of spatial generosity. The apartments to the street and the plaza are largely two-room units, which combine two physically separated living spaces with large, full-height windows that optimize daylight levels. 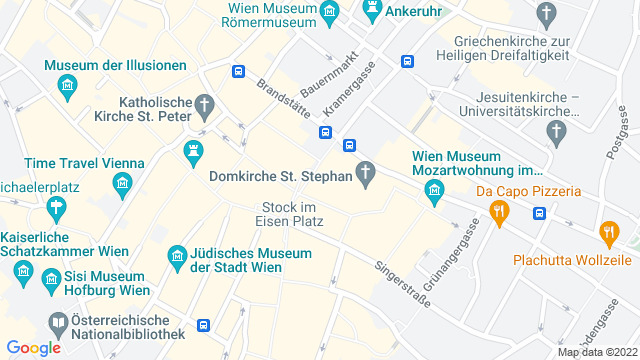 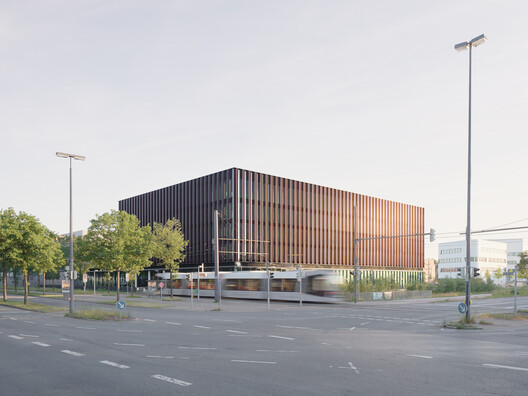