Save
University of Tasmania School of Medicine / Lyons 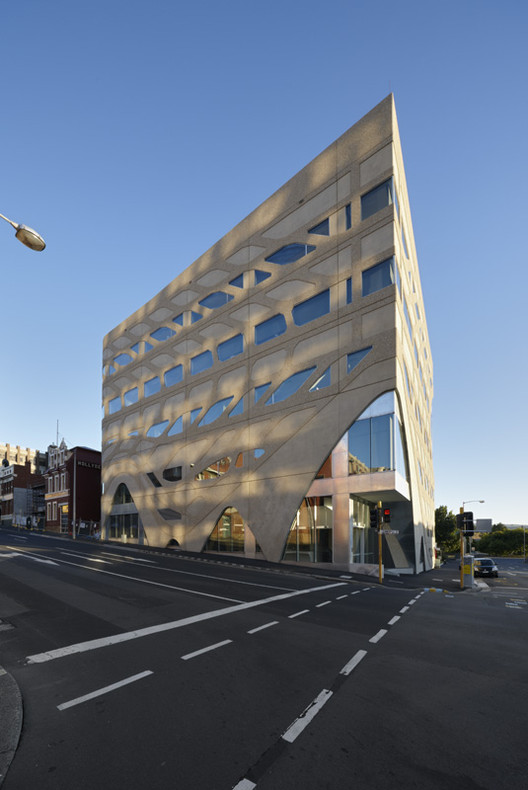 Text description provided by the architects. The new building for The University of Tasmania’s School of Medicine and the Menzies Research Institute supports these institutions aspiration to deliver leading edge world-class clinical research and medical training.

The conceptual basis for the project was to create a synergistic environment for these previously fragmented facets of the University. At the core of the concept is the creation of a ‘new culture’ reinforced through the building’s image and its social and functional planning.

As a public building of the city of Hobart, it invites the participation of the street: through its corner entry; large transparent windows and its interstitial atrium space between the new building and the heritage listed Hollydene House.

The building recognizes its role as a city landmark. One corner marks Liverpool and Campbell Street intersection, while, on the opposite side of the building, creates a dialogue with the landscape of the Domain and the vehicular movement of the Brooker Highway.

The image of the building, expressed through its fenestration is derived, abstractly, from the surrounding mountain ranges and Derwent River. The curvilinear form of the building is a reference to the nonexistent Park Rivulet which was influential in shaping the edge of the city grid, upon which the new building is tied. The shaped windows of the upper levels provide occupants with a means to see the spectacular landscape with new emphasis. On the street, the window ‘arch’ forms reference an already established local typology whilst abstractly symbolizing the mountain ranges which background Hobart city.

A collaborative team approach, requiring intensive co-ordination was required to achieve an outcome suitable for the varying needs of the building program. A range of other specialist allied disciplines were also required in the development of the design, including heritage, archeology and interpretive consultants.

The Contractor collaboratively engaged the design team with all the sub-trades to optimise buildability and create lateral design solutions. This was particularly relevant in respect to the facade, where the precast subcontractor assisted in design development and documentation to achieve a highly cost effective solution whilst still meeting the design aspirations. 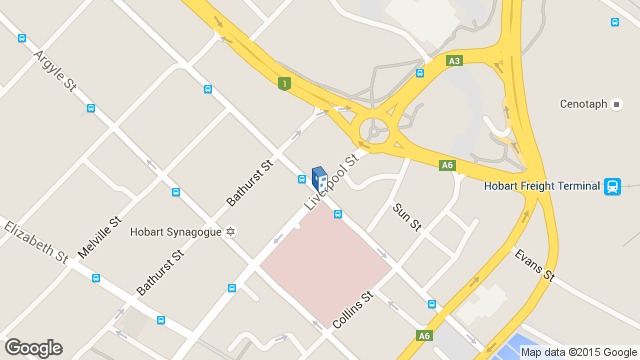