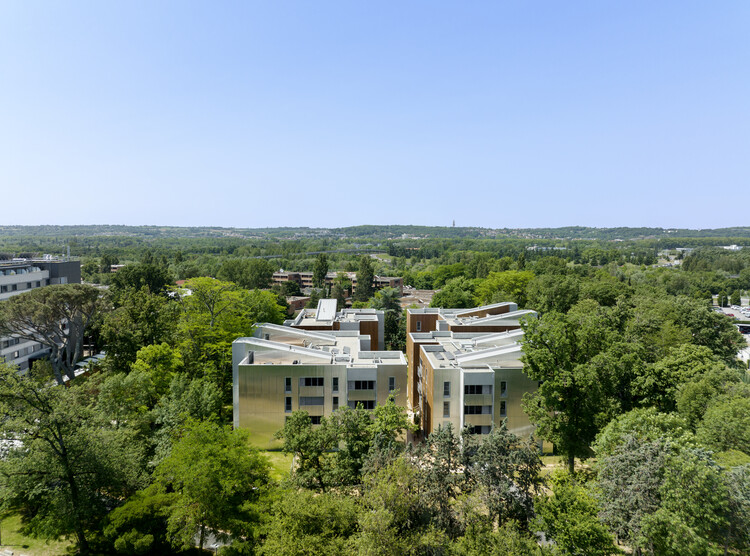 Text description provided by the architects. The Infinity housing complex sits in a remarkable landscaped location, composed notably of protected woodlands encircling the plot. The project articulates four three-story apartment blocks and two one-story grouped villa blocks. The housing complex has a total of 101 dwellings, going from one bedroom to five bedrooms for the villas.

Two main foot pathways perpendicularly cross the inner garden and mark striking angles of view. The pathways cut through the buildings and give access to each entrance hall as well as the stairways to access the underground car park. The general layout of the project aims to protect the woodlands and offer a calm and green living environment.

Infinity uses a strong architectural design. During the initial design phases, the apartment blocks were at first laid out to form one block in a U shape, but after consideration of the scale of the building on this site, it seemed more suiting to separate the buildings into four small distinct blocks. The aim was to create a balance of volumes through the breaking up of the buildings by the gaps opening up to the footpaths and views of the woodlands.

The architectural skyline of each block differs in the way the angles are designed depending on their orientation toward the park or the road. Each angle has a protruding concrete volume orientating the living spaces towards the woodlands. These protrusions offer double-height loggias on the third floor as well as access to rooftop terraces for the corner apartments on the same floor.

Facing the park, the outer façades of the apartment blocks are clad with polished mirror stainless steel so as to reflect the greenery. The inner façades facing the courtyard are of a more domestic scale and are clad with wood. The use of raw concrete marks the base of the buildings and the loggia protrusions. The general harmonious balance of the design is obtained by an even variation of the facades as well as the propositions of the loggias and windows, thus creating a rhythmic composition of solid and void.

Despite the difference in scale, the grouped villas located on the edge of the plot share an architectural coherence with the apartment blocks. Whether by the use of the same materials or the sloped skyline of the roof, the villas share the same design principles. The villas are laid out in three blocks of semi-detached duplex villas. On each block, the ground floor creates a podium and a recessed upper floor is designed as a box topped by a sloped roof. The recess of the upper floor creates terraces for the dual-aspect bedrooms.

Street side, the facade creates a porch dug out into the ground floor volume that combines the access to both villas. Parkside, each villa has a dual-aspect living room with large windows opening onto a loggia looking towards the woodlands.

The ground floor of the villa blocks is treated in raw concrete whilst the upper level, treated with polished mirror stainless steel, is designed like a box topped with a single-slope zinc roof. The recess of the upper level creates a terrace to the south whilst the facade facing the park is flush and composed of consistently spaced windows. 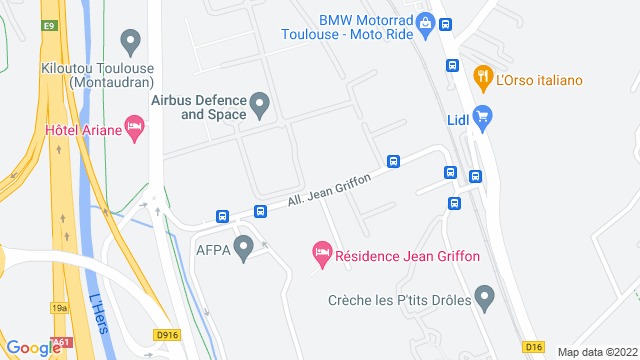 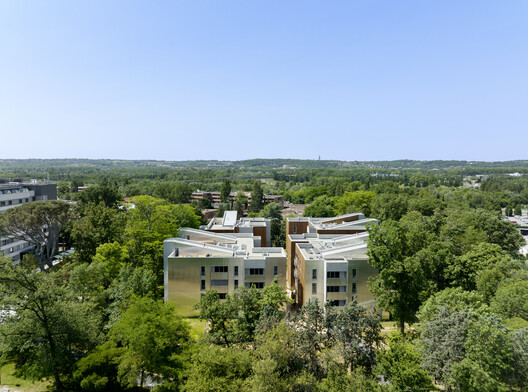