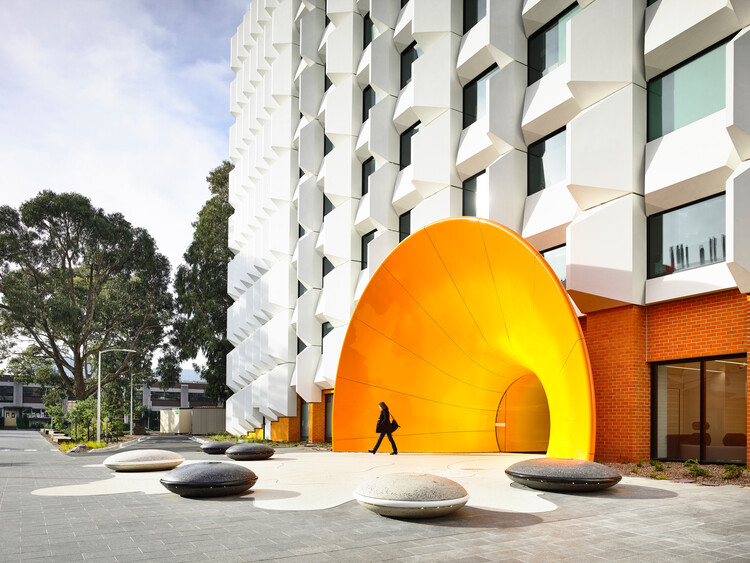 Text description provided by the architects. This project embraces our environmental responsibility to adapt rather than discard existing building stock and in doing so addresses the question of what it means to re-skin an existing 1960's modernist building in a contemporary manner. The project was undertaken as a collaboration between Kosloff Architecture, artist Callum Morton and Monash Art Projects (MAP) and Rush Wright Associates Pty Ltd. Collectively, the focus was to deliver a building that performed exceptionally well environmentally and to create an enduring outcome that contributed to the University’s Public Art Strategy.

Conceived as a ‘curtain’, the new façade hangs from above and is lifted at various points along the ground plane to allow a glimpse behind of an array of custom coloured glazed bricks at the pedestrian level. Entry into the building is through a portal designed in collaboration with the artist Callum Morton. Curving in two directions, it draws on the artefacts of scientific research processes to provide passage to a ground floor gallery showcasing part of the extensive Monash University art collection.

The building houses biological sciences and includes a variety of spaces including a lecture theatre, classrooms, laboratories, offices, and administration facilities, all of which remained in use throughout the re-skinning process. The building and its surrounds remained fully operational throughout construction and none of the occupants were decanted during the facade replacement works. Ongoing scientific experiments with plants and animals continued uninterrupted. A construction sequencing and installation methodology was devised to enable the entire existing facade (brick and windows) to remain in place while the new facade was constructed over. It was only at completion, that the existing windows and walls were demolished from the inside to reveal a new, high-performing facade.

Baselining of the existing building’s environmental performance was completed prior to commencement and repeated at the end of each design phase to track improvement. The outcome was a new façade that performed significantly better than BCA Section J 2017, greater than 40% improvement at controlling solar gain than the original, and a reduction in cooling demand by more than 20%. This evolved into a strategy for public art integration, significant improvement of the performance of the building skin, and future-proofing the entire building through upgrading its services infrastructure. 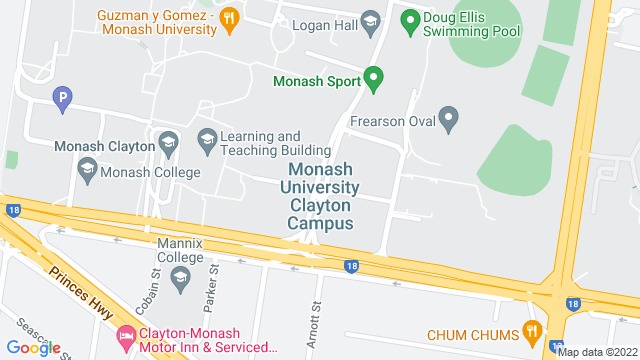 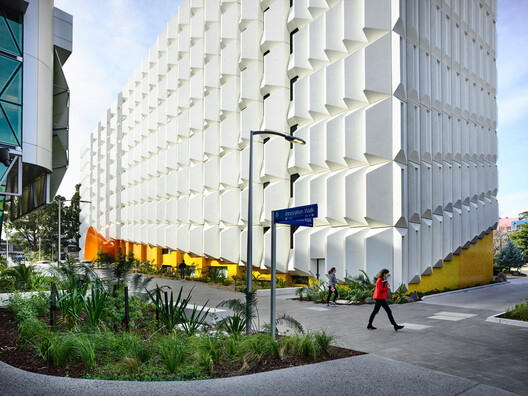 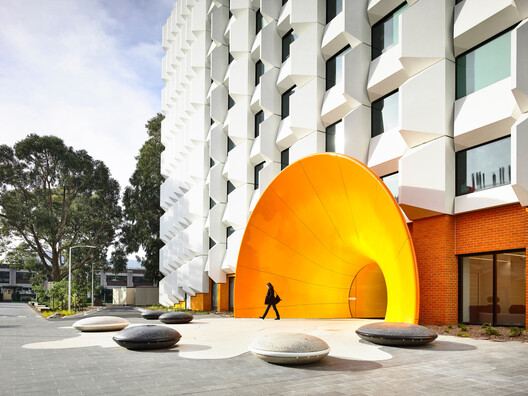