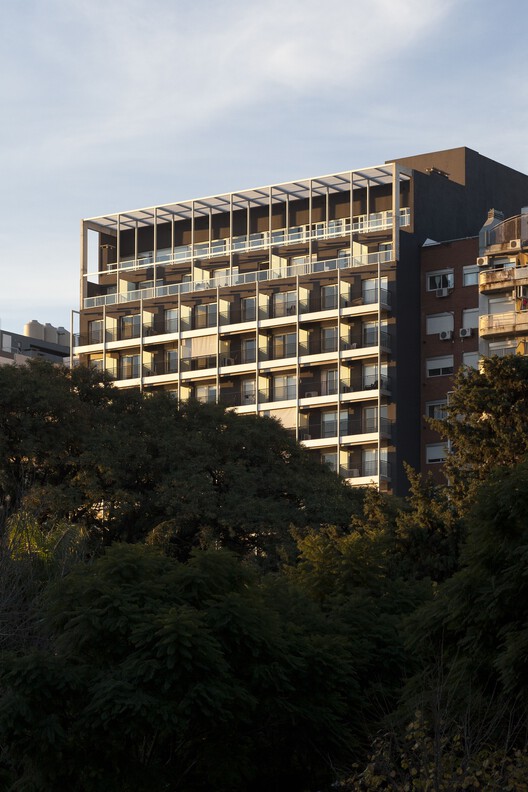 Text description provided by the architects. Placed on a lot with access from two streets, the building splits into two bodies around a patio that is almost 400 m2, flanked by the wide and landscaped access hallways to the apartments, which become metaphors for sidewalks on high, looking over the park placed on the +6.50 level, with benches and trees.

The front body is placed on Corrientes Avenue in front of Los Andes Park, while the rear opens toward the center of a block of extraordinary dimensions, with a buildable depth that allowed the conception of this building with 4 parallel facades.

With an outward appearance that reminds that of public space, the building hallways were covered with the typical tile used in the sidewalks of Buenos Aires, with landscaped surfaces at their level.

The facade of Los Andes park side is made up of a grid of aluminum mullions and folded aluminum cladding, that solves technically and thoroughly the insulation, the anchoring of the railings, and the balcony dividers while making room for and guiding the white outdoor solar shades that mitigate the setting sun.

The degree of opening of the hundred outdoor solar shades offers a changing composition to this facade, the appearance of which depends both on the weather and on the personal mood. The rest of the facades follow the idea of an autonomous element of construction that adapts to the particular characteristics of each one.

Thus, the rear facade is simplified by the absence of outdoor solar shades (which are unnecessary due to their optimal orientation), while the facades toward the patio have an electro-welded mesh that provides the ideal guide for the greenery that flanks them as a continuation of the city trees.

Being a building of small units, and in many cases inhabited but only one person, the common spaces become important as places where members of this community meet and relate to each other, strengthening the individual identity and interpersonal knowledge. They are spaces that, beyond their specific function as an office, a place of rest, or a place of leisure, promote the recovery of a conception of the neighborhood. 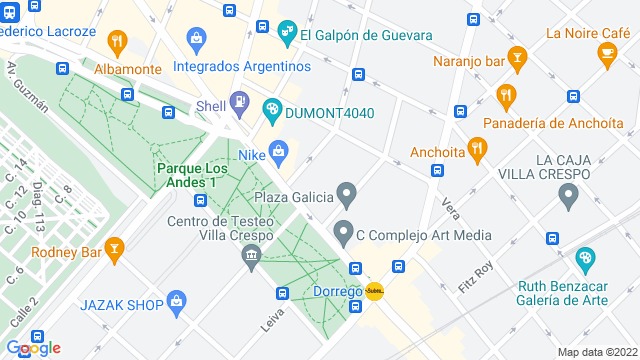