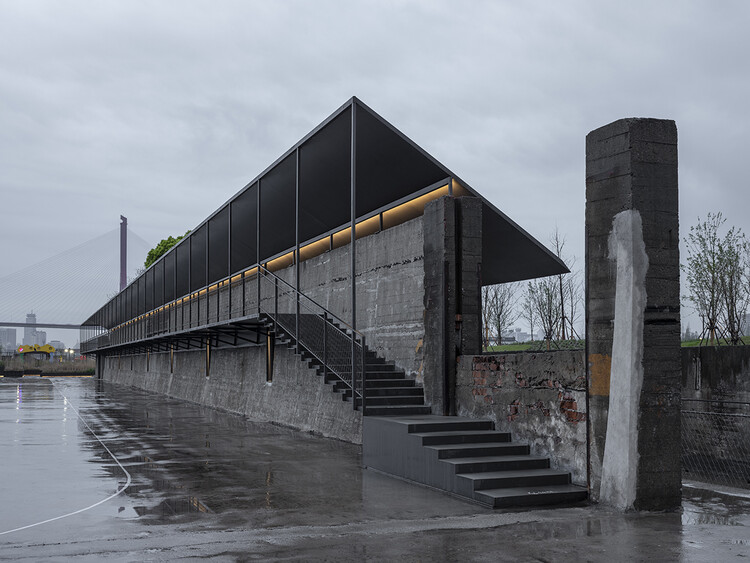 Text description provided by the architects. On a coal-unloading wharf deserted for years remains a reinforced concrete wall of 90 meters long and 4 meters high. This used to be an untrodden place but was at the center of the energy supply for Shanghai. Nevertheless, since the waterfront had been occupied mostly by factories, residents nearby could hardly get to the riverside and lacked enough communal space. During the process of transforming the industrial site into public space, the existing ordinary industrial component is to serve as a significant historic aspect and a witness of Shanghai industrial civilization, to be unveiled in the new space.

The long concrete wall is adopted as a platform for new construction, on which attaches a sloping bridge connecting the flood control wall and the wharf and then traversing the wild trees, an elevated long open corridor, and a resting pavilion. Faced inside the wall is a garden of solitude in between the gap between the wharf and the shore. The waterfront industrial ruins in the gap turned into an aesthetic object in the contemporary metropolitan culture. The wild vegetation in the ruins also preserved the coexisting microorganism, thus this project is also significant in biological and sustainable concerns. The wharf devoid of coal-unloading is now polished into a roller rink. This could also be regarded as another kind of sustainability.

People can linger here or pass by, gather or wander. This place expands the connection of the neighborhood with the outside. It provides the residents in the neighborhood, including those who worked here before, with a strange familiarity, a durée, a new riverfront communal space transformed from the indifferent urban infrastructure. The congested community stretches onto the spacious river.

The wharf sits at the riverfront of Yangpu District, which has been undergoing the process of urban regeneration and the transformation of industrial land. Till September 2019, the Riverside Passage along with the gas factory wharf has joined the fully-connected 5.5-kilometer-long riverfront public space within the district. In September 2020, this area became one of the first six “Demonstration Zones for the Protection and Use of National Cultural Heritage”. 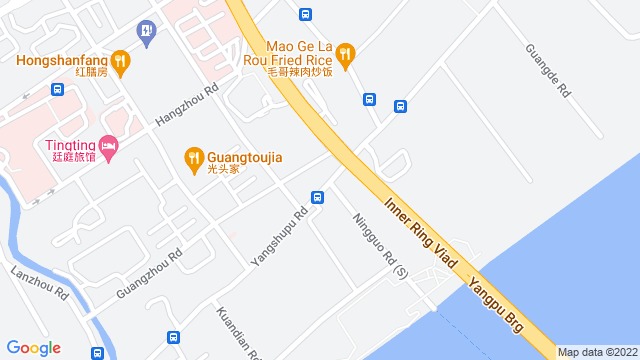 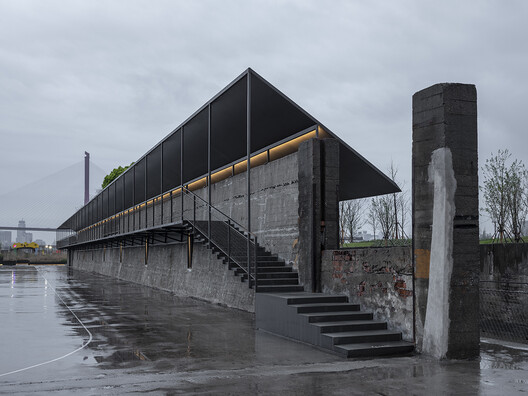