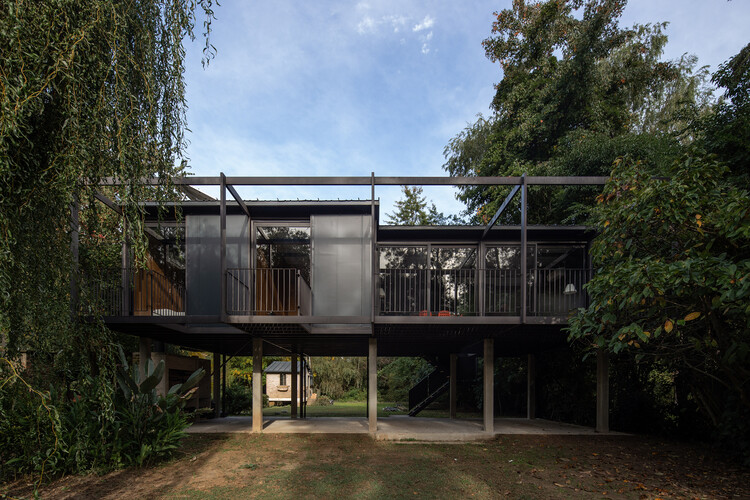 Text description provided by the architects. The project is located in an area quite consolidated by the urbanization in the Delta del Tigre area. The proposal is to recognize and recover the depth of the island through the house, valuing not only its riverfront but also its floodplains. Therefore, as a design strategy, the passing space where the route is forced under the house is included in the project, thus recognising the entire site through the long sequence of visuals and highlighting the notion of a promenade.

The house is located on the ruins of an old pre-existence building allowing the generation of a shaded area on the lower plane that is protected from recurring floods and is only affected by the increasing annual maximum water levels. The upper spatial structure is achieved following the constructive logic verified by its predecessor island houses made by the office. In this sense, the modulations and coatings follow the strict rules of production and assembly, allowing an architecture where the relationship between material specificity and spatial expression is as continuous as possible.

The exterior cladding based on injected polyurethane panels allows a continuous exterior and interior brightness that ends up highlighting the wood used on the floor and in the internal partitions. The architectural piece balances its overhangs from the service areas which can be treated as interior spaces or expansions that function as filters (roofs or reversible awnings) that allow a suitable integration with the surrounding environment. 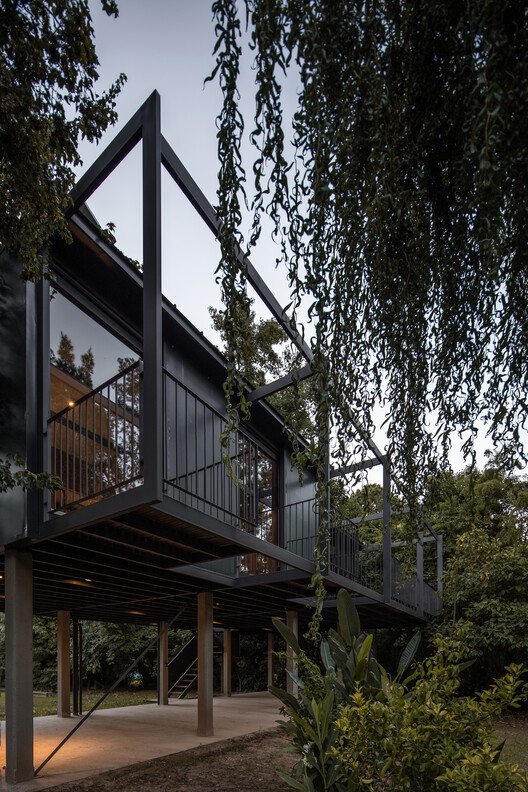