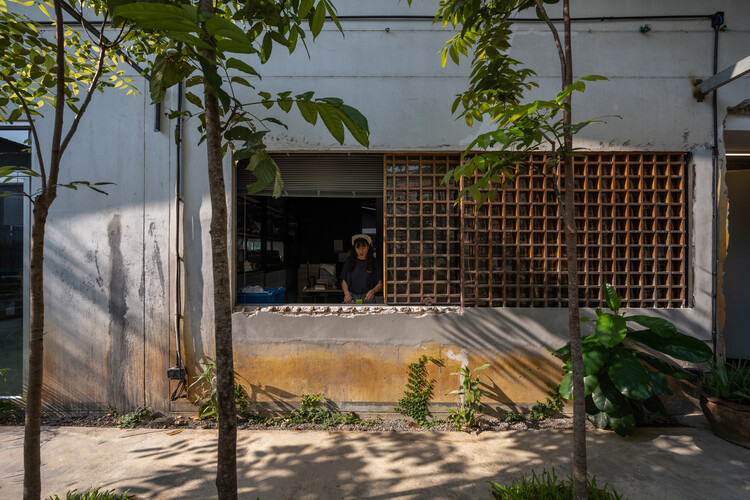 “We are convinced that real architecture will leave an indelible trace in our minds by only elementary architectural action". Today, architectural design for commercial spaces is expected and driven to try to communicate visually with users, or as a tool to attract people to spaces through visualization, photography, and social statement inevitably. In particular, restaurant and café type programs often borrow the other language of architecture to attract customers. But as a design worker in Chiang Mai, A city in which such businesses are driven by an architecture that requires Instagramable, is it necessary to question the situation through the design work? at least in order not to overlook the true essence of our profession.

The gimme shelter is a commercial area that consists of a cafe, restaurant, office, and workshop area. that replaced the old warehouse in the parking lot of the Chiang Mai Rattanakosin Hotel To become a multi-function area, the architect initially wanted a warehouse area in the city with the criteria of a car park and began to develop more space utilization when exploring and renovating the building.

The main program is ranked first by cafes and restaurants. The design office, workshop, and garden are hidden in a backspace between the surrounding building. The mentality of renovating using the language of the original warehouse combined with a simple plane for separating the space and bringing light into the building. It uses industrial materials that are commonly available but are adapted to the atmosphere. We will find that the surplus is not borrowed from anything other than the essence of the original area's solution. It is a method for improving the building that has been chosen to collect traces from things that are fit.

In addition to the issue of architectural language architects intended to make the area open and wide. and to solve the original problem of the building, there is also the insertion of a Hidden Program that people in various groups will become “Space users” are not the only “customers”. The bar area is open to prepare meals.

To see the activities of the food from the kitchen to the customers with the intention of making the restaurant an open space People can talk and have an equal level of interaction both at the dining table and with the restaurant staff. It's the design language that was intentionally inserted into this restaurant space. And there is also a small discussion area. that draws conversations throughout the design of urban development, social and political dimension that welcomes both the public and students can come and talk without referring to the chronological and formal academic discussions.

These activities are interspersed in the mahogany orchards separated by the space behind the shop. without separating the users of the area After practising the profession for a while, we were convinced that real architecture will leave an indelible trace in our minds by only elementary architectural action. It also drives the train of thought between architectural expression. And if we can expect more, we hope that our city will have an architecture that is related to the memories of diverse people. as an architect Is it possible to design a commercial space that opens the door to receive an equal number of people? Create social overlapping dimensions. and leave some traces of memory in the quality of small, person-to-person conversations. 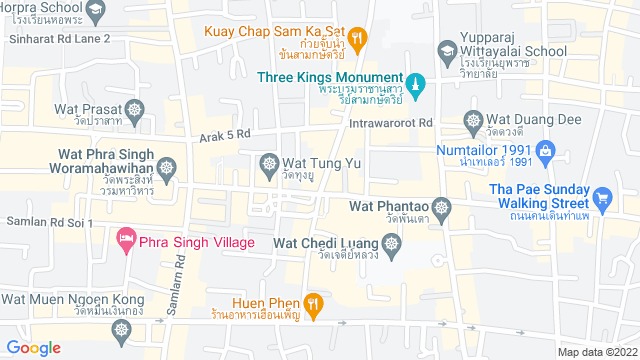 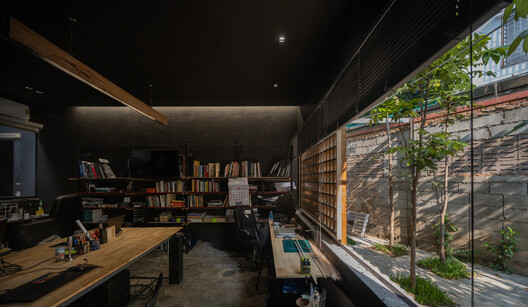 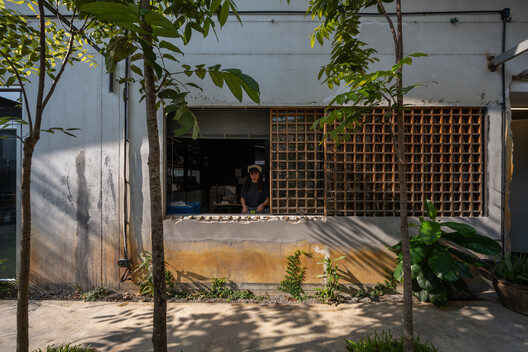