Save
Outside Inside Pavilion / Tohmestudio 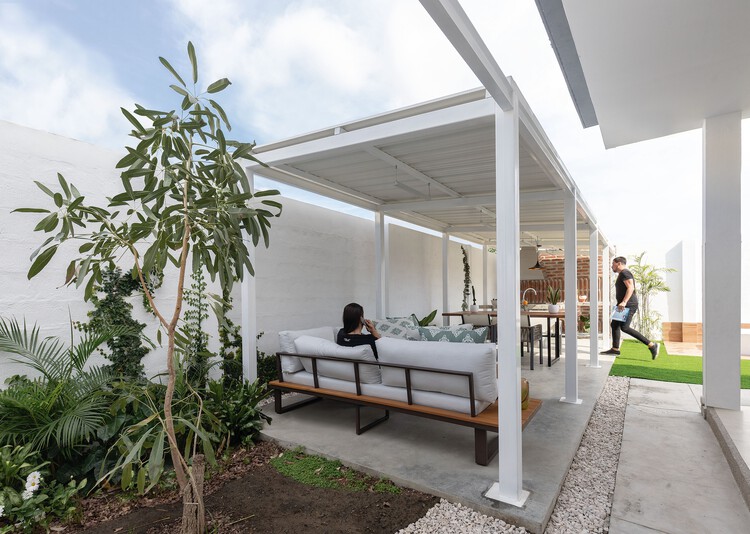 <A grid has no beginning, center, or end, the grid speaks through its logic of an infinite extension in any direction, generating a capacity to give continuity to what has been built, acting as a structure capable of organizing both small and autonomous elements as well as large sets>. Through this excerpt from the thesis: SUPRA ORDEN, / GRID COMO ELEMENTAL SUPPORT by Iñaki Harostegui, the work OUTSIDE-INSIDE is argued mainly through this strategy, which responds to some of the current themes of contemporary architecture such as the indeterminacy of the inner and outer limits.

The architectural act as the constructive act of the project proposes in the first instance to complete the outer perimeter that borders the existing house by means of an organization system (grid) that allows an essentially horizontal and potentially infinite development, expressing an abstract, homogeneous, and programmatically indifferent space, a desire to generate an open, continuous, and fluid system. Outside-inside seeks to frame new living space as an extension of an existing family home. The project takes the form of a simple roofed steel-frame structure without walls, a cost-effective space that is simultaneously open and contained: outside-inside. By simply framing existing space in the backyard of the home, new living rooms become architectural and occupiable for functions of cooking, eating, visiting, and living amongst each other.

The straightforward grid plan adds regularity in contrast to the irregular plan of the existing home and was designed with the intention that more spatial boxes to house new functions such as sleeping, storage, or working could be built around the perimeter of the yard later if desired or when the client's budget allows. The project demonstrates a basic architectural solution of resolving a desire for additional functional space via a structural frame, and the family is left to enjoy. 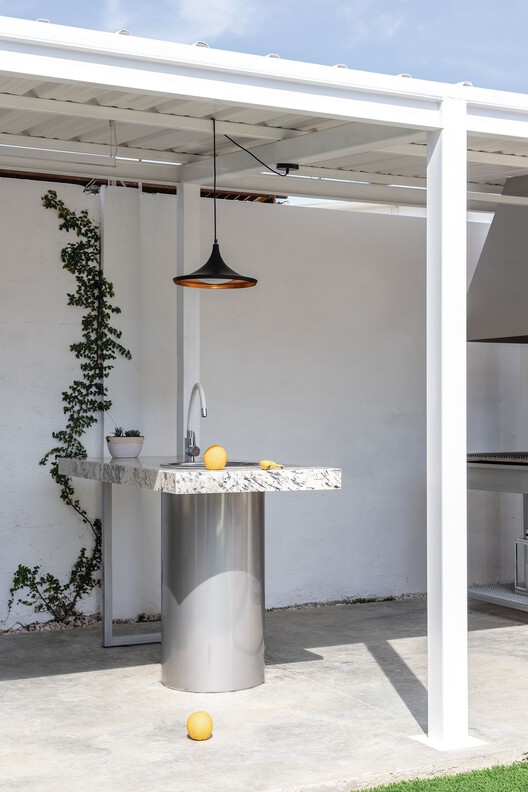