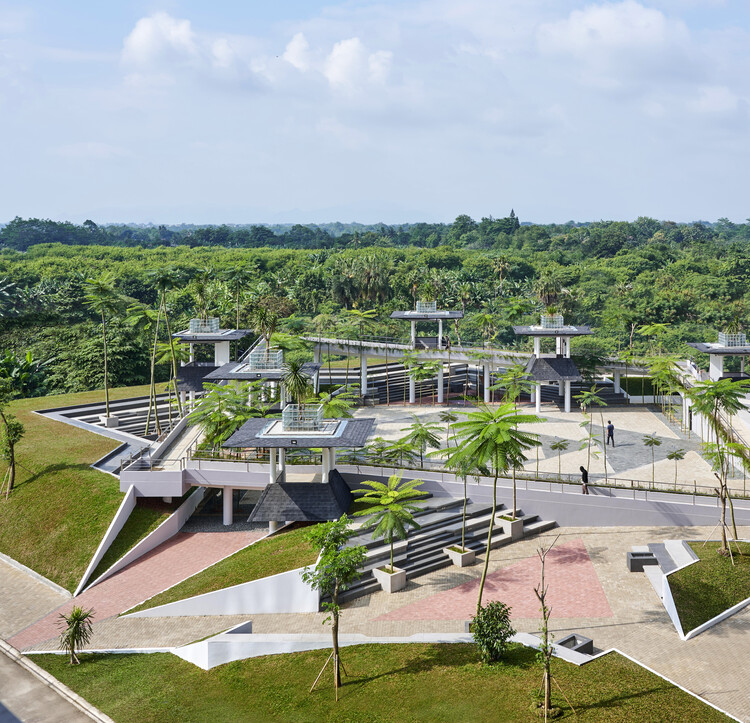 Text description provided by the architects. Pamulang University has chosen Antonius Richard and RAD+ar to design their new Islamic Oriented public square, plaza building, and public artwork. The project attempts to strengthen the character of its Islamic based development, reconcile cultures and define identities. Octa Plaza will be a focal point by exploring much spatial fun in its 3 dimensional Plaza planning that was displayed.

The intention of this study is to bring awareness to a simple but important symbol Rub-el-Hizb (Arabic: ربع الحزب, rubʿ al-ḥizb), also known as the Islamic Star, is an Islamic symbol. It is in the shape of an octagram, represented as two overlapping squares. It has been found on a number of emblems and flags. The main purpose of this dividing system is to facilitate the garden-spatial recitation of the Quran, RAD+ar imagines the new community building and plaza as a ‘found place’ based around the notion of the loop, connectivity, and permeability, a symbolic respite away from the busy streetscape that is united thru a sculpted landscape – architecture.

The idea of a hybrid form that merges the Tropical Contemporary architecture-landscape approach with the legacy of its heritage, the program that includes an open plan plaza, outdoor gallery space, hidden amphitheater, floating discussion pod and garden terrace, is scattered in a flexible, permeable and free-flow space to activate the connection between plaza and its adjacent development, that encourages trades of ideas, artistic discussion and community engagement. The central idea derives from the need to create a well-organized area of urban nature in a mutual ‘osmosis’ between the public plaza and the development. The project envisions a microarchitecture intervention in a dynamic new landscape, a permeable green buffer zone of passages in which osmotic relations can be developed from Pamulang University towards the new plaza.

RAD+ar marries the idea of an open highly interactive environment that connects holistically to its neighboring buildings and the privacy of many pockets of private tropical outdoor meeting / shaded area. Diagonal ramping pedestrian bridge as well as the integration of the proposed cycle parking facility are integrated seamlessly within. Floating Sky Planter as the roof of discussion pods is well lit floating up from the sculpted softscape of greeneries during night time was seen as a metaphorical Islamic symbol of the knowledge that is being spread across 8 directions.  Incorporating these public interventions with the spirit of Pamulang University ensures a building that is tied to its location and community.

RAD+ar was aiming to make another prototype that evoked public approaches in private developments and enhanced historical and cultural connections between parks, buildings, and cities. In addition, this roundup showcases conceptual interventions that tackle social distancing and the challenges of the pandemic, in order to allow people to move freely and safely across space. 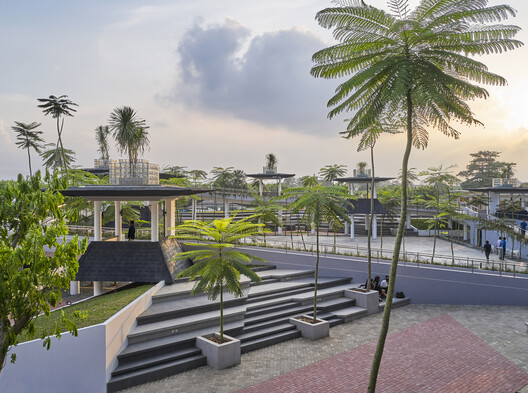 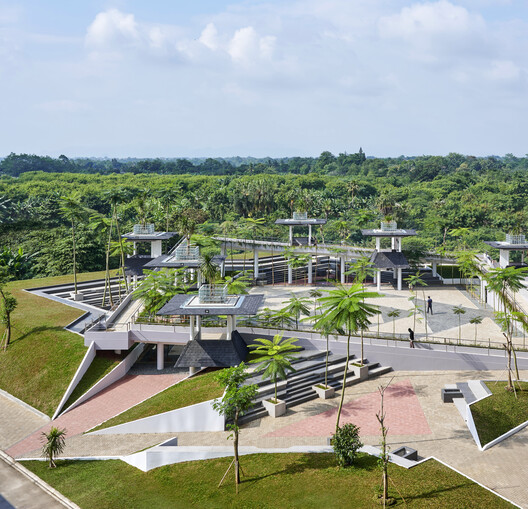