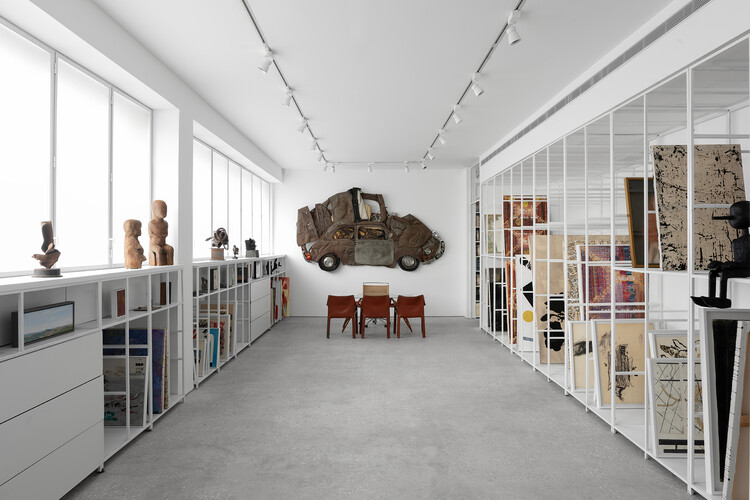 Text description provided by the architects. The Gordon Gallery's new Jerusalem venue is an unusual step and the first time that a Tel Aviv-based gallery—one of the oldest and most successful— opens an additional venue in Israel's capital. Gordon Gallery was established in Tel Aviv in 1966 by Yeshayahu (Shaya) Yariv. The new venue is located in the Sapir Center industrial area, in the city's southwest, an area reminiscent of the Tel Aviv's Kiryat Hamelacha, which has long been a pilgrimage site for art lovers. It is an area steeped in large industrial buildings, mostly housing light industry, but also several artist studios, yeshivas, as well as Bezalel Academy's ultra-Orthodox branch Oman, located next door to the new gallery, on the third floor of building number 3.

One of the main challenges in designing the Gordon Gallery in Jerusalem was in defining the desired relationship between the gallery and its surrounding space. In the preliminary planning discussions we had with Amon Yariv, the gallery’s owner, questions arose as to the degree of openness towards the bustling space in the immediate vicinity of the gallery. Further questions dealt with the relationship between the workers and visitors to the Sapir Center, and the new gallery.

The gallery is rectangular, and is lit from its narrow ribs, between which the space is some 20 meters long. For this reason, offices, the art storerooms and toilets were located in the center of the gallery, thus enabling optimal lighting for both the front and rear exhibition areas. The entrance to the gallery is inviting. It has no entrance lobby or threshold areas, and is an almost direct continuation of the open public corridor which leads toward it. The gallery is designed to allow circular movement, enabling continuous discovery of its various spaces from new angles.

The old façade was dismantled, and replaced by transparent glass, framed in steel and with a semi-transparent curtain behind it. Time spent in the gallery is undisturbed and calm but is not detached from its surroundings. The depth of the corridor prevents the entry of direct sunlight, which illuminates the front display areas with softened light. The gallery and its unique exhibits are now open to a wide corridor which runs along the length of the entire building, inviting passers-by to enter. The gallery has a distinct presence in the industrial area. It both illuminates and is visible from a distance, but is not separated from or alien to the Sapir Center. 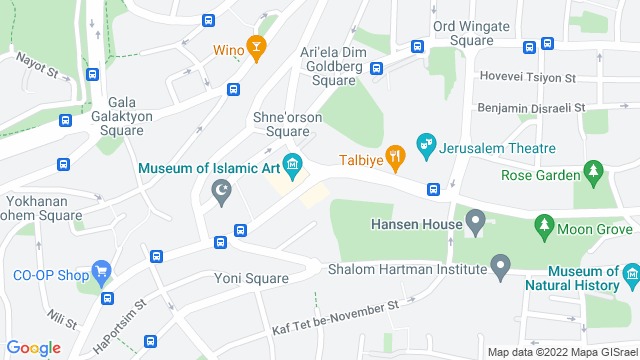 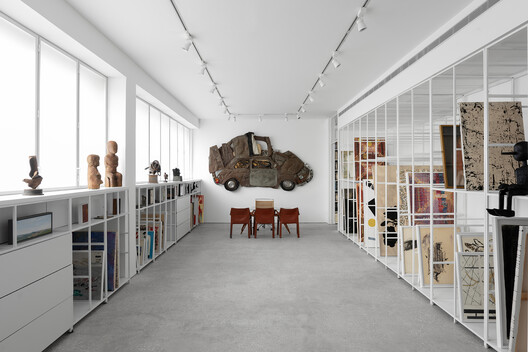