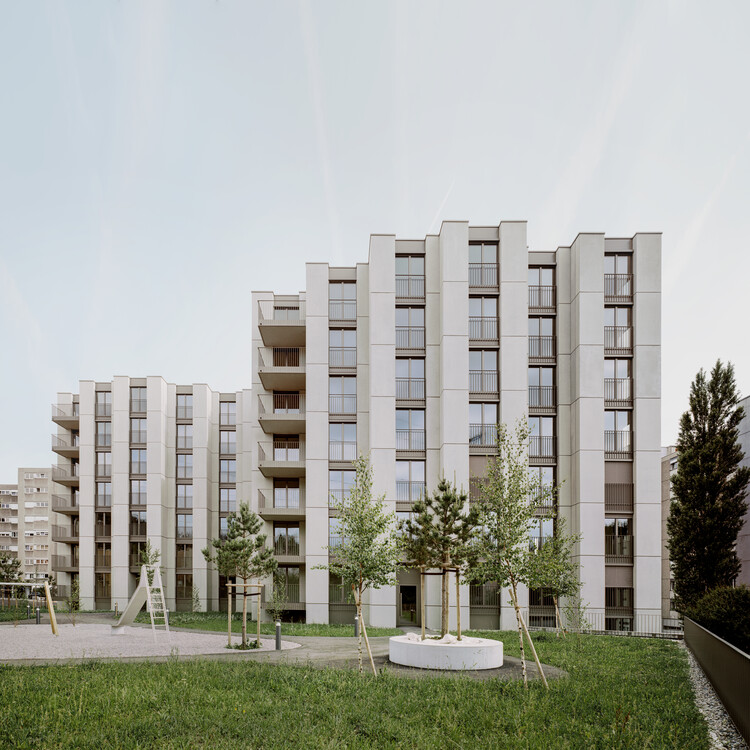 Text description provided by the architects. Urban planning and architecture. The project is located in the heart of the Boveresses district in the north of Lausanne. This district is composed of several emblematic housing complexes from the 1970s. The project aims at an integration in this context with a strong identity. The result is an urban morphology that takes up the clear orientation of the surrounding urbanism by proposing an articulated volume with redents. Without seeking mimicry, the building creates a strong link with its environment.

Two reference levels define the project: the lower first floor level, facing south, hosts the school and after-school programs as well as the main accesses to the dwellings, while the upper first floor entrances, facing north, are connected to a park covered with trees and a playground. The entrances lead to two generous distribution cores. Under the garden slab is a parking lot operating in half levels. A canopy near the amenities provides access to the parking lot for the residents of the building as well as the neighbourhood.

The orthogonal plan is composed of a rigid system of north-south axes 3.6m apart and a more flexible system of east-west walls. The intersection of the two systems generates a plan composed of rooms distributed in enfilade. This plan principle offers many cross-views into the dwellings through the large floor-to-ceiling doors. This system is reflected in the facade by numerous recesses that provide the apartments with varied orientations and a significant amount of natural light.

Like the urban design, the treatment of the prefabricated concrete facades seeks a link with the adjacent buildings and gives it an intemporal presence.

Landscape. The landscape project is characterized by the organic and fluid geometry of its components. Its design contrasts with the cartesian rigidity of the built architecture. On the lower first floor, in relation to the school programs, the mineral component ensures the appropriation of the square and the courtyard. On the upper first floor, by contrast, the vegetal component prevails. The tree-lined park hosting the playground becomes a place of reference for the entire neighbourhood. The birch and pine trees give the project a calm and restful atmosphere. 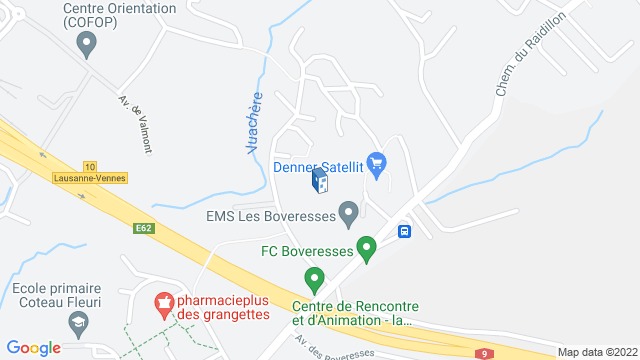