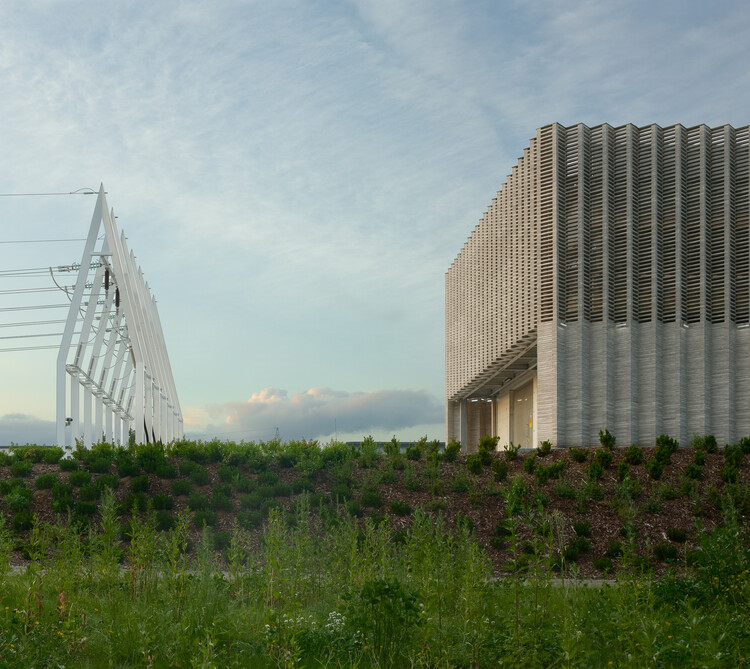 Text description provided by the architects. The project is composed of an electricity substation building and five transmission towers and terminals in Imatra in Eastern Finland. The project extends over two tributaries of the river Vuoksi and the culturally significant landscape of Imatrankoski rapids. The rapids were harnessed for power generation in the 1920s when the Imatra hydropower plant was constructed. This landmark industrial site was also the starting point of the first part of the Finnish main power grid. The historical significance of the area was why our client, the main grid operator Fingrid Oyj, pursued an exceptional substation facility.

The outstanding feature of the old hydropower plant buildings' red brick-clad facades is the rhythmic arrangement of window bays and doors. Rhythm also became the main feature of the new substation facades and powerline structures. The old air-insulated switchgear, completed in 1929, was coming to the end of its operational life cycle and had to be replaced with gas-insulated switchgear housed in a new substation building.

New powerline structures replaced old lattice-type towers to the east and west of the new substation. Besides the location of the new powerlines, the scale and coordinates of the old hydropower plant buildings were primary factors in the positioning and layout of the new substation building. The lower floor of the substation is set underground to match the height of the nearest section of the old power plant. The design of the new transmission structures also seeks balance with the built and natural landscape, with all but one tower being lower than surrounding trees.

The new substation building has a concrete frame and double-skin facades. The outermost facade layer consists of hand-made long bricks laid in a zigzag profile, a motif which the building shares with the triangular steel profiles of the new powerline towers and terminals. The inner layer of the double facade consists of in-situ and prefabricated concrete walls cut by a continuous strip window set behind the brick lattice.

Inside the building, the main process equipment room and the lobby receive natural light via the clerestory window strip through which the brick lattice of the double facade can be seen. The interior is defined by the structural logic, detailing, and materiality of the exposed, prefabricated concrete parts. The project features three types of transmission structures: a tall tower with vertically arranged cross-arms, two low pylons with a horizontal configuration of cross-arms, and two terminals that connect overhead lines with underground cables.

The structures consist of prefabricated sections of triangular steel profiles in repetitive arrangements. The various parts of Imatra Electricity Substation are spread over a large area, and the main design challenge was to form a coherent whole that fits in the setting. The design breaks apart aspects of the built context and reassembles them in a new abstracted form. The derived design language gives a unified identity to the new project and places it in the context. 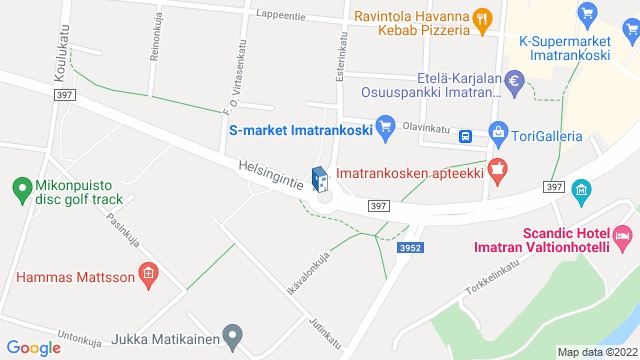 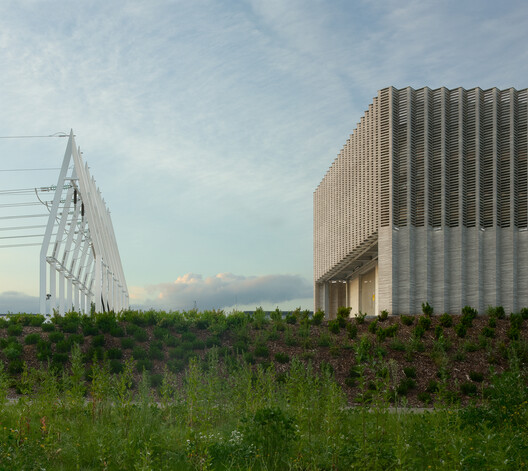