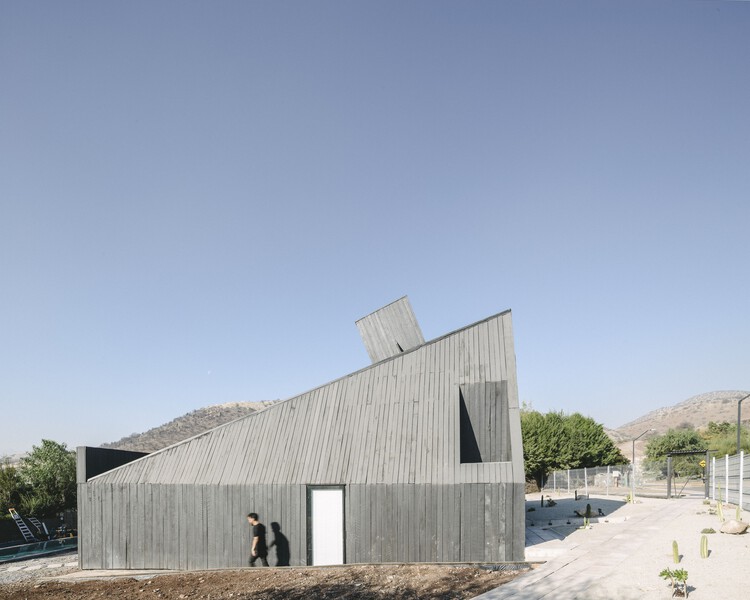 Text by Martín Rojas. Located in a residential neighborhood in the northern part of Santiago, the Orqe House is the result of an exhaustive exercise of purification of the traditional canons of residential architecture. A continuous skin that brings together the formal attributes of the abstraction of a traditional roof, envelops an interior that appears familiar.

Each piece, each element, each relationship is where it is expected to be, and when it comes to inhabiting, the house disappears, yielding its protagonism to its dwellers.

On uneven terrain, the envelope is buried towards the street and opens towards the north, consolidating a common ground that allows diluting the limits between the interior of the house and the outdoor terrace in front of which all the common spaces are located. This envelope, which makes up the entire house, is stripped of all material pretensions and is shown in its most primitive form: built entirely of raw wood and resting on a pure concrete floor.