After years of ongoing demolition threats and renovation proposals, Illinois Governor JB Pritzker has announced that the state has finally reached a deal to sell Helmut Jahn's iconic Thompson Center to Real Estate company The Prime Group, who will carry out renovation works without any demolitions to the structure. The newly proposed design preserves the structure's original design, but implements new features that improve its thermal and acoustic conditions, and highlights its atrium as the "jewel of the building". 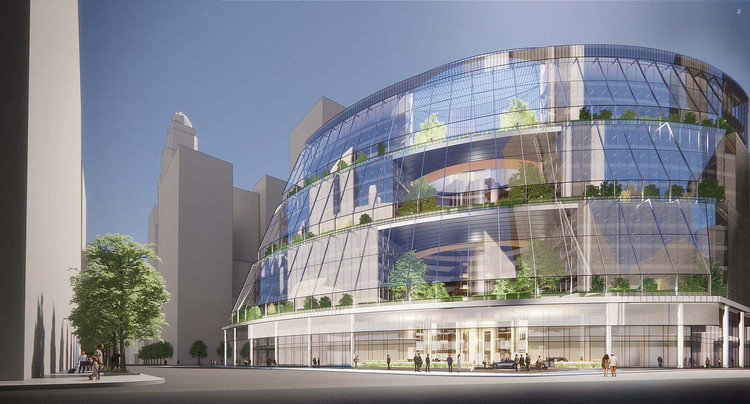 As explained by Michael Reschke, chairman and CEO of The Prime Group, renovation work will include installing a glass curtain wall to separate the office floors from the atrium, which would solve many of the heating, cooling, and noise problems faced by the building throughout its years. That atrium will become the monumental entrance of the building, and will feature a design that will be "unlike any other entrance in the city".

Jahn's architecture studio revealed images of the Thompson 2.0, a reimagination of Chicago's iconic building that maintains its form while updating the façade and core. The signature curved facades will be designed as open sun shading and provide outdoor terraces in the heart of the city. The new design opens up the ground level access to the atrium, which will contain the main lobby for building occupants while also being used as a recreational and dining area.

A few months ago, the Chicago Architecture Center and the Chicago Architectural Club announced the three winning proposals for the 2021 Chicago Prize Competition, which called for innovative adaptive reuse proposals for the center. The selected winners included designs by Perkins&Will, Eastman Lee Architects, and Solomon Cordwell Buenz, which represented alternative visions for the future of the Postmodernist landmark.

The State has been trying to offload the 17-storey office property since 2003, mostly due to its soaring maintenance costs. Having sold the building, it saved the state and taxpayers of over half a billion dollars in necessary deferred costs. The $280 million dollar renovation is expected to begin within the next 12 months and will last approximately 2 years.

Considered as one of Chicago’s most prolific architect, Helmut Jahn passed away early May 2021 in a cycling accident, struck by two vehicles while riding his bicycle in Campton Hills. The German-American designer was best known for the postmodern Thompson Center and the United Airlines Terminal 1 at Chicago’s O’Hare International Airport. 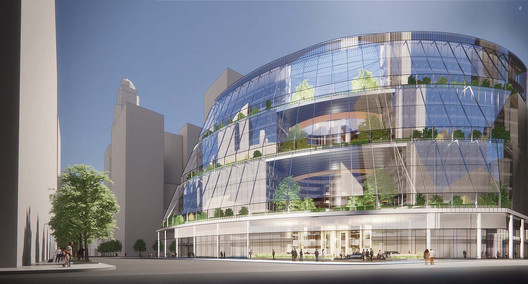