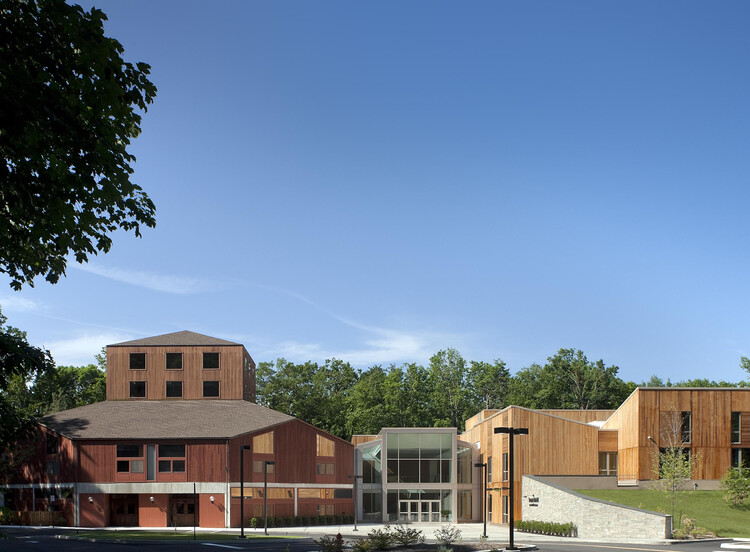 Text description provided by the architects. Throughout his career, renowned 20th-century architect Louis Kahn had designed a number of synagogues, however, Temple Beth-el in Chappaqua, NY was the only one ever built. Originally constructed in 1972, the synagogue urgently called for an expansion to accommodate its growing community of over 2,000 people. When given this task, Alexander Gorlin Architects held the responsibility of both complementing and enhancing the existing architecture all while remaining sensitive to the originally envisioned plan.

Although Louis Kahn’s work is extensively published and discussed throughout the world, Temple Beth-el has never been written about. It is not as though the synagogue provided no enthralling subject matter; the project seemed to have just been left untouched by the media and academics alike. Kahn spoke considerably about the structure at its dedication ceremony on May 5, 1972, but never revealed his underlying sources of design inspiration. Since its completion, it has been assumed that Kahn’s original design was based upon Polish wooden synagogues that served as memorials to those who lost their lives during the Holocaust.

Temple Beth-el is a symmetrical, octagonal structure located in a forested area between two hills. Atop the octagonal structure is a cubic cupola arrayed with 24 square windows that allow for the sun’s rays to stream through at different angles depending on its location in the sky. Significant aspects of Jewish service, light and the passage of time are physically manifested and experienced through the radiating patterns that beam onto the walls and seats of the congregants.

This structure provides visitors with two entrances. The lower entrance is off of the parking lot and leads into the social hall that is surrounded by classrooms. The upper entrance is through a low, dark pavilion that leads to the Sanctuary constructed of wood. A central square area for the congregation is situated within the octagonal plan and is defined by four concrete columns.

The addition includes a large social hall, a kitchen, classrooms, a nursery school, a library, a chapel, and new bathrooms. A spacious, light-filled lobby acts as an axis and connects the synagogue with the newly added structure. This glass cube offers visitors a single entry point into the synagogue, now nearly double in size. The Sanctuary’s restoration required the installation of a sprinkler system and the original hanging aluminum lighting was replaced. During the construction phase, an exciting discovery was made. In a storage room above the library, eight original presentation drawings of Louis Kahn were found that had not been seen for nearly forty years. 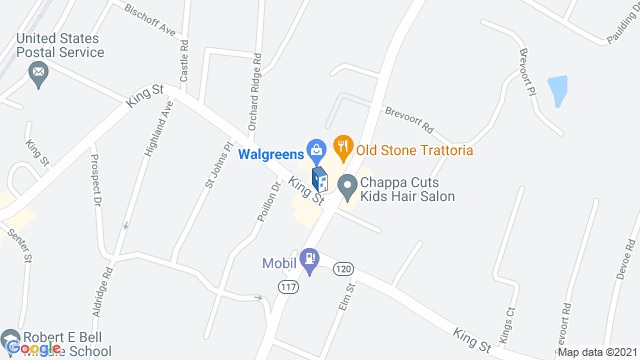 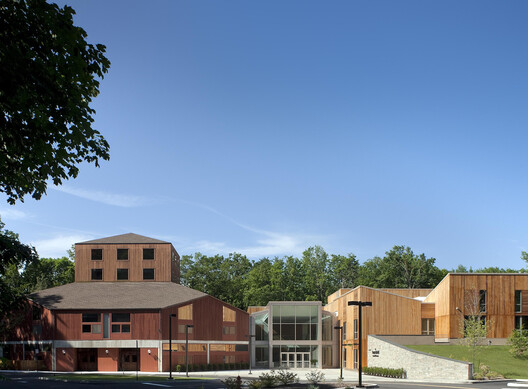