Snøhetta won the competition to redesign the Eliel and Asema Square in Helsinki, a public space neighbouring the city’s historic railway station, into a vibrant central hub. Developed together with Finnish practices Davidsson Tarkela Oy and WSP, the proposal aims to contribute to Helsinki’s strategy to increase green mobility by reconnecting the urban fabric to the rail station and framing a “porous new city block” that would foster a more diverse array of indoor and outdoor activities. 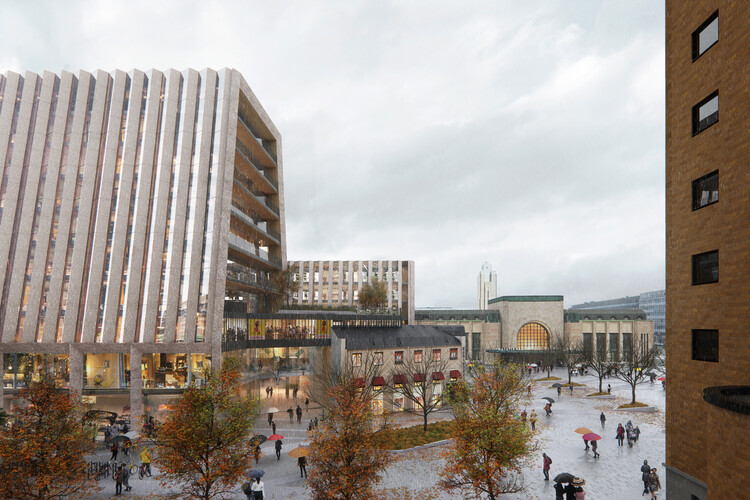 The Klygga concept, which translates into “crossing”, adds a new layer of connections between the plaza and the city block by expanding the possibilities offered by the current urban fabric. At the same time, the proposal also includes creating a mixed-use building that establishes a dialogue with the historical Vltava building. The new structure features a hybrid timber structure and a granite-clad façade that echoes the materiality of the neighbouring train station.

With Klyyga, the Eliel and Asema square will contribute to the city of Helsinki’s urban strategy. Revitalizing the area with new development, expanding the pedestrian areas with green mobility and urban programs will make Eliel and Asema square a more vibrant, exciting destination as a place to go to and to stay, work or play in. Now, we are looking forward to the next steps of detailing the project, ensuring that this urban space becomes the hub we all want it to be for the vibrant city of Helsinki.- Jenny B. Osuldsen, partner and the lead architect from Snøhetta

The new building will comprise offices, a hotel, retail spaces and cultural amenities. The project encompasses a series of sustainable design principles, reflected in the material use, the energy harvesting and the passive strategy employed in the facade design. 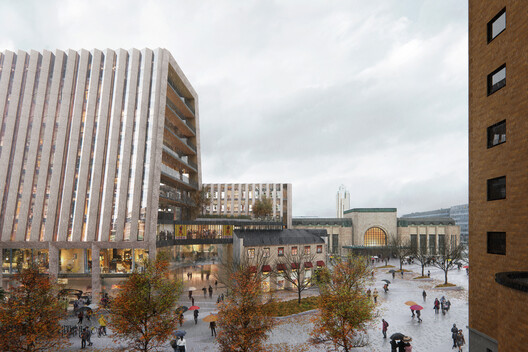