KCAP Architects and Planners have unveiled the ZIL-South masterplan, a new residential district in Moscow built on the basis of a 15-minute city. The masterplan will be built on the largest brownfield area of the former ZIL industrial zone, and will feature more than 100 hectares of commercial and residential landmarks, public spaces, parks, landscapes, and interconnect routes alongside the Moskva River, all inspired by the area's pre-industrial past. 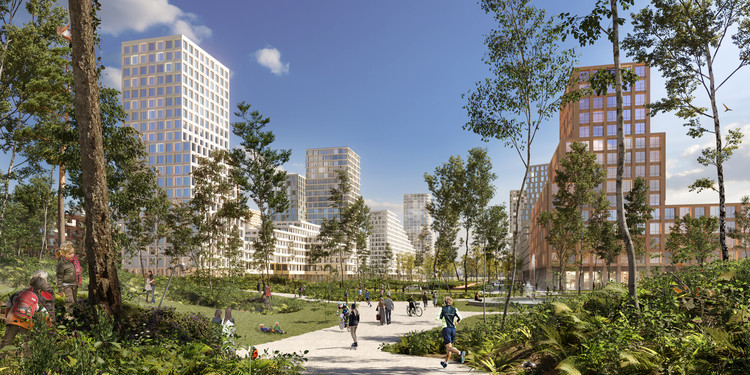 The project presents four different zones: The River Quarters, which are open and connected to the riverfront and feature mid-rise, terraced buildings overlooking the water and high-rise towers behind them; The second zone is in the Urban Gardens, in which the mid-rise buildings' perimeter forms an internal space with vibrant urban villas; The third zone is the Park Quarters, which features various types of residential buildings; And the final zone is the Business Quarters, which are allocated near the metro stations and the future business zone, offering a functional, active environment with closed and semi-closed quarters.

The masterplan highlights three key elements: the first is to employ Russia's first “15-minute city” principle, in which main commercial, business, and public spaces are within 15 minutes walk from any starting point on the site; two large pedestrian routes, the ZIL- park and the pedestrian esplanade, along with open internal routes create a comfortable and easily accessible environment for walking. Although ZIL-South is a mostly car-free quarter, the new neighborhood's transport system is based on the idea of multimodality, which allows every user comfortable access to safe transportation and their zone.

The other element is titled ZIL MOSAIC, which features a variety of spatial environments consisting of unique architectural landmarks and landscaped public spaces. The third element is to prioritize the creation of ZIL public wealth, which includes public space networks and social facilities that become part of one cohesive unit.

ZIL-South project will be implemented over 15 years and in 9 phases. implemented. The work is curated by Moscow based company Citymakers who previously initiated media platform Generation Zil which enabled participatory design as part of the project at an early stage. The platform is the first educational and media site in Russia for the open publication of all stages of the development project. The first phase, designed by the Russian architectural firm Buromoscow is currently under construction. The masterplan is commissioned by the developer Etalon Group and based on PPT document developed by Moscow Genplan Institute. 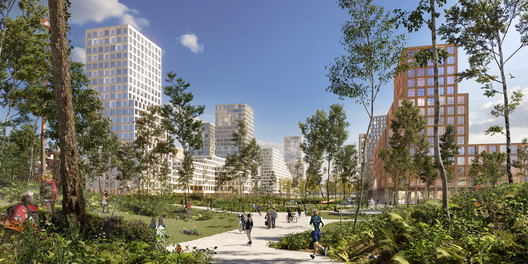