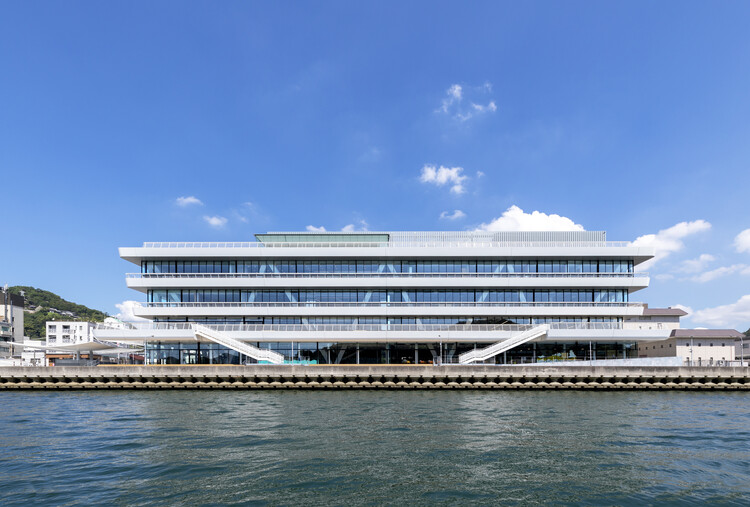 More than a city office: a new site to see - Known for its beautiful archipelago of some 700 islands, Japan’s Setonaikai (Seto Inland Sea), is the largest waterway of its type in the country. Located in the center of the sea, Onomichi is surrounded by the Onomichi Channel, a key historic point for maritime traffic, and by a trio of mountains home to ancient temples. Used as a setting for many literary works and movies, the area’s scenery has more recently been recognized as a Japan Heritage Site. It has also become a mecca for cyclists, and attracts both domestic and overseas interest.

Onomichi City Office is more than a government office building. The first and second floors and the rooftop have terraces with a view of the garden-like landscape. Connected by stairwell, they remain open to the public after office hours and on holidays. More than a municipal administrative facility, the goal was to create a government building that would also serve as a new Onomichi landmark, and a site to see.

An urban-friendly, sea-embracing design - In making the most of its location facing the Onomichi waterway, the goal was to create not a government building with a view of the sea, but a government building on the sea. Protruding seaward to the south, the contours erase all but the sea from view, creating the sensation of floating on water.

In addition, the southward slope of the building blocks direct light and reduces the heat load. On the other hand, its gradual setback from the north side urban area lined with detached houses is unoppressive, allowing unobstructed sunlight. Truss columns that match the building’s incline are employed around the perimeter to increase horizontal stiffness and maximize the seismic isolation effect. The truss shape also minimizes the pile count by consolidating foundation beam columns, thereby reducing construction cost and environmental impact.

Turning the everyday into the exceptional (“wow!”) - Onomichi boasts the largest shipbuilding and maritime transport industries in Japan. Thus, incorporating relevant technologies into the architectural design seemed like a superb idea. The building’s exterior is comprised of 12mm thick steel plates formed at a shipmaker and delivered directly by sea. The soft outer look was accomplished by employing the unique shipbuilder’s “gyotetsu” (roll forming) technique, in which three-dimensional shapes are processed by repeated heating and cooling. Transporting materials by sea meant that size limits no longer applied, so that conventional architectural scales could be re-imagined: hence, the installation of 18-meter wide exterior steel plates and 13-square meter steel sheet eaves. By embracing shipbuilding and shipping technologies, the everyday was converted into the exceptional, with a "wow!” effect. The possibilities of architectural design were pushed passed their limits. 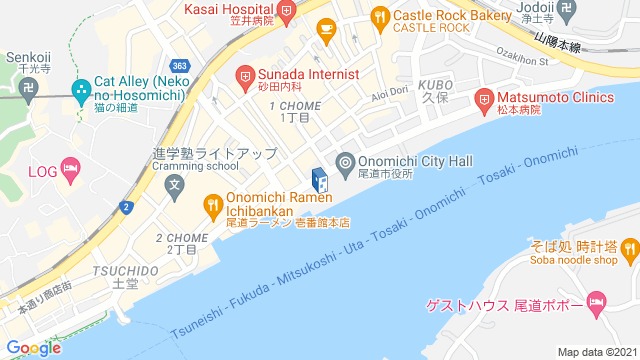 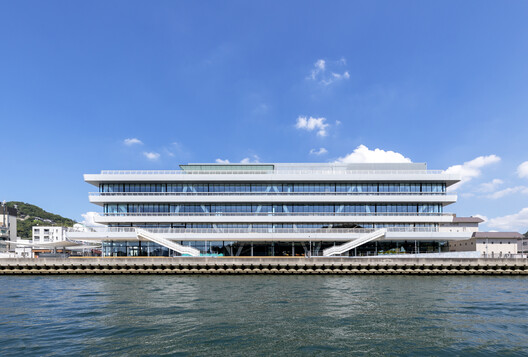