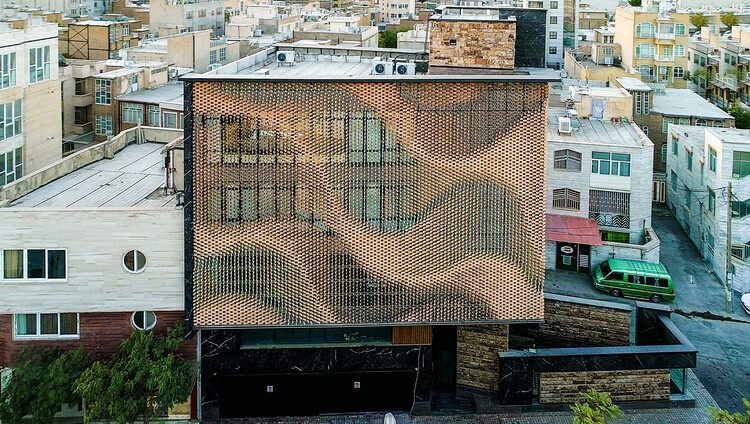 Text description provided by the architects. The project was designed in order to establish the office of Consulting Engineers of Aryan Pajoohan Pars. The urban texture is such that it is in the immediate vicinity of this offices building, residential buildings are located. The placement of an office building next to the residential building creates an unlikely mentality for residential neighbors in terms of the number of visitors as well as the aristocracy from the upper floors to residential buildings.

Accordingly, it was necessary to design the building in such a way that it would be successful in order to curtail the privacy and confidentiality issues. On the other, the necessity of using light and the necessity of opening up was very important in design. But due to the elongation of the natural light site, only the East and West were provided, which was not a good light. Therefore, the view should be such that we can use the disturbing light of the East and the West more desirable.

So with respect to these issues, the use of a brick grid seems to be a good idea to preserve the values of traditional architecture using parametric geometry while innovating. Parametric geometry of the facade of the building as well as the use of turquoise and azure colors at the beginning and the end of the bricks have made the facade of the building indifferent to the people passing through it and, while moving from the north to the south, faces various shapes It suggests that this may lead to a dynamic occurrence. This problem is placed in the binary Algorithm diagram in the main view.

The dynamic quality within the project has been achieved through the flexible design of outer shells for controlling light and visibility, and external to the location of the audience has created a variety of forms on the northern facade of the building that forms both inside and outside the project and It transforms it into a platform for contacting the city and the building. 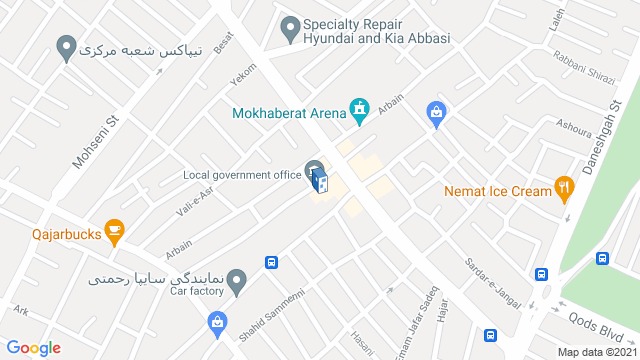 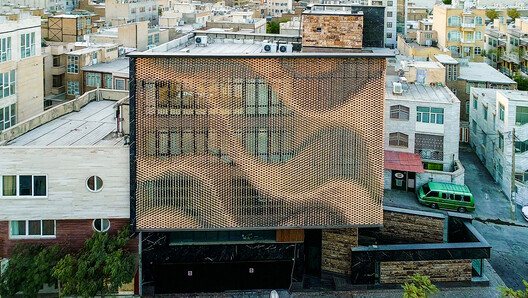