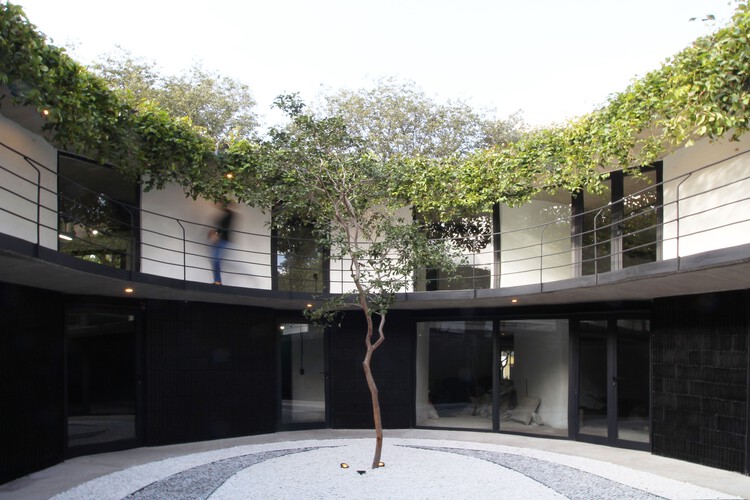 Text description provided by the architects. The MAZU 947 building is located in the south of Mexico City on corner lot between Miguel Ángel de Quevedo avenue and Vicente García Torres Street.The architecture of the house belongs to the modern Mexican movement, it was projected and built in the 60s by the Architect Miguel Giralt Pelegri with the purpose of housing his family.

The façade is made up of two elements, the base covered by black striated block tiles responding to the pedestrian scales and the upper body with rectangular windows that frame the treetops.

On the ground floor of the building the commercial premises are located, around the central patio and the lobby that gives access to the second floor where the offices were placed.

The central patio is the heart of the project and the main space for conviviality between people, as well as the source of light and air that supplies the spaces. The patio maintains its modernist architecture and takes up the forms of the past, integrating a new contemporary language that looks to the future. 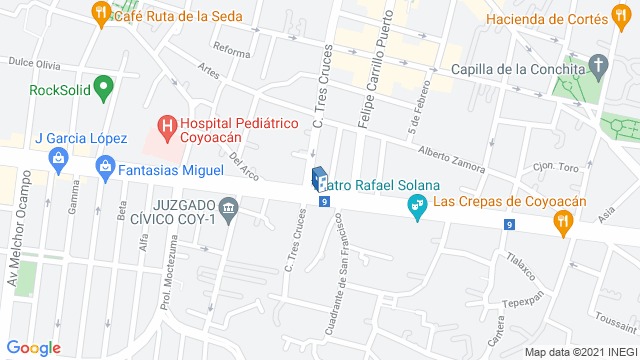 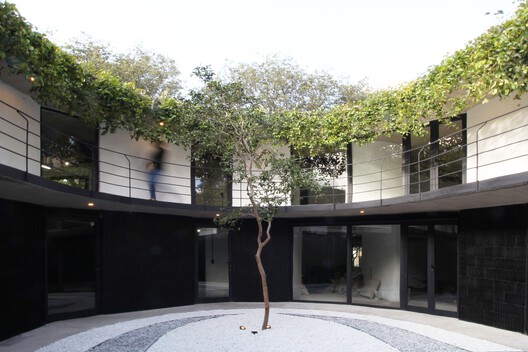