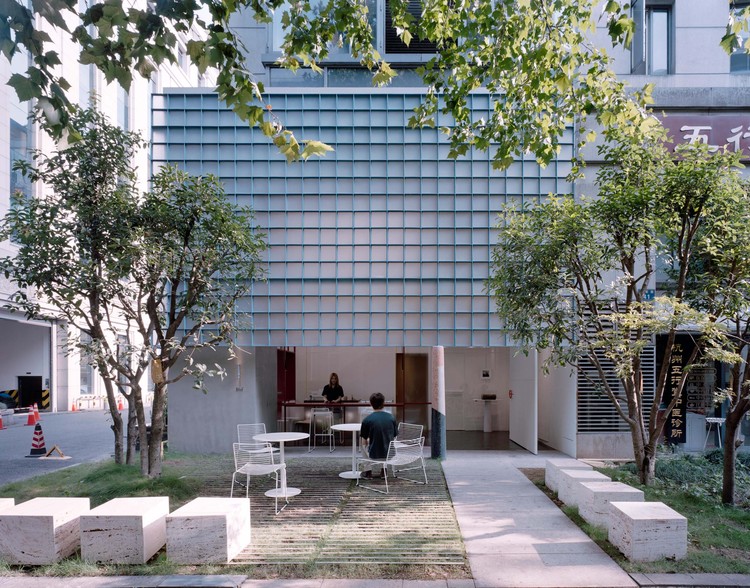 Text description provided by the architects. Reef is a coffee, salon, and barber store located on General Road in Shangcheng District, Hangzhou. Since the design concept was born, it has been put on the site and gradually grows, eventually organically entwined with the environment.

A collection space that grows organically. The idea of Reef was born out of the three owners' vision of a barbershop space. They wanted to emphasize the social attributes of a barbershop and let the space itself promote the correlation and penetration of different functions between the interior and exterior so that barbering is no longer the purpose of a hairdressing space but a choice of multiple behaviors in the space. From this idea, Say began to conceptualize the reef. In reality, Reef is a rocky or calcareous coral accumulation, formed by the accumulation of coral worm skeletons over a long period of time, and is the result of an organic growth. Say wants Reef to reflect this organic growth as a barber collection space, rooted and growing in the original building, with the interior and exterior spaces flowing within and outside the reef, forming a strong permeable relationship.

Elegant growth. The site is located at the corner of Lakeside Apartments on General Road, with two main facades. Say started from the concept by setting up a stone column on the entrance side, formed by the interlocking of various stones, from which the whole Reef is generated. During construction, this column was also the first component to be positioned and placed on-site, and the entire construction process is the process of Reef’s growth. Reef starts from the stone column, which serves as the origin, and the whole space is set in a 300*300 grid system, starting from the façade, all the separations and elements in the space are positioned in the whole grid system. Behind the grid system are the three main spaces of Reef, the men's barber, the women's salon, and the coffee area. The coffee area runs through both floors and connects the salon on the second floor with the barber on the ground level.

The massive grid facade is raised by 2.1m on stone columns, creating a striking contrast in volume, while the metal grid of the facade extends to the other side of the building facade, where there are no columns to support it, and the entire grid system seems to hover lightly on the outside of the building. The blue metal grid is filled with sand-blasted glass, and above 2.1m, the interior light becomes blurred and soft through the glass, while below 2.1m, the interior space can be seen directly through the windows.

Inside Reef. Entering Reef, the first floor is for coffee, barber, and some service storage space. The coffee area is two stories high, and the façade, which is depressed to 2.1m, highlights the spatial scale of the coffee area. Guests enter the coffee area from under the façade grid system, and the comfortable spatial experience of the coffee area comes to the fore. At the same time, the outdoor space seems to naturally penetrate the interior through the façade, and the indoor and outdoor areas are divided by this point-to-point approach. The entrance is a 2400*2900 white pivot door with an orange irregular prototype door handle that reinforces the concept of an organic and natural space.

The blue façade grid grows out from the column ends, and the steel structure within the space is labeled yellow, with a T-shaped steel structure running through the doorway and extending to the end of the interior. The red window frames are wrapped around the yellow steel beams as if they were creatures. Standing indoors, the view of the exterior through layers of glass is obscured by the translucent façade above, so that the view is naturally focused on the street and the landscape. The blue façade grid is connected by metal elements to the yellow structure and red metal separations. All three adhere to the potential modalities of where each should be in the intended grid.

From the center of the cafe area, all the main functional spaces of the reef can be seen from all around. Through the perforated metal panels, the barber on the second floor and the staircase leading to the ladies' salon on the second floor are connected to the coffee area, yet ambiguously divided. The entrance to the barber has a vinyl record player and record display, where a vinyl record selected by the owner is displayed and played on the record player each day.

The yellow steel structure extends into the Barber area and terminates at the end of the space, the acrylic grid ceiling is modulo the same as the façade grid, and the blue vertical metal dividers behind the mirrors also follow the same potential modulo rule, corresponding to the acrylic grid of the ceiling. The blue piano lacquer walls reflect a sense of elegance and vintage in keeping with the men's barber.

The women's salon area on the second floor is reached through a staircase behind a perforated panel. Pink and red are the main colors of the ladies' area, and the red metal divider grows from the first floor to the second floor. The red metal divider on the wall is the main lighting source for the space. When the light is reflected on the ceiling, it creates a soft and even lighting effect. The custom-made furniture in the salon has rounded and full metal lines, and the pink piano lacquer wall and invisible doors are paired with mirror stainless steel custom pulls, which are designed to resemble vintage storage cabinet pulls. At the entrance, we wanted to use a special approach to reflect that reef is a barbershop, so we designed a mini metal rotating device instead of the usual rotating lights at the entrance of a hair salon.

From an architectural theory point of view, reef cannot be clearly classified as an organic building, however, the creation of spaces that can be organically integrated into the site is the core of the reef design concept. Emerging from a point at the entrance, the space follows the logic of an underlying grid, bringing the guest a rich permeable spatial experience of the interior and exterior, and the organic atmosphere of Reef gives rise to a social feeling that is rooted in the site. Moreover, guests often spend the afternoon in the entrance cafe after their haircut, talking with friends or the owner. 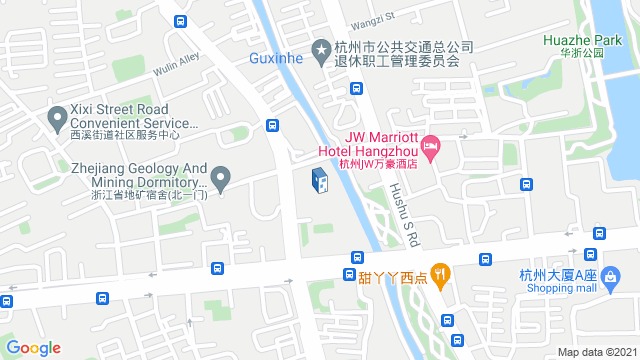 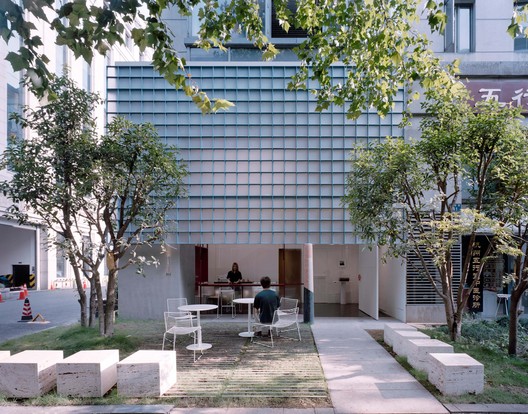