Save
The Second Studio Podcast: Interview with Peter Gluck, Founder & Principal of GLUCK+
Share
Or
Copy

This week David and Marina are joined by Peter Gluck—Founder & Principal of GLUCK+, an architect-led design-build office—to discuss the decline of the profession of architecture, architects having less responsibility and knowledge in construction, contractors having more design authority, the negative impacts of the AIA (American Institute of Architects) contracts, young architects working for contractors, the gap between academia and practice, the low pay level of architects, and why a design-build operation can be the solution to all of these issues.

The Second Studio Podcast: Interview with Mark Lee, Chair of the Architecture Department at Harvard Graduate School of Design 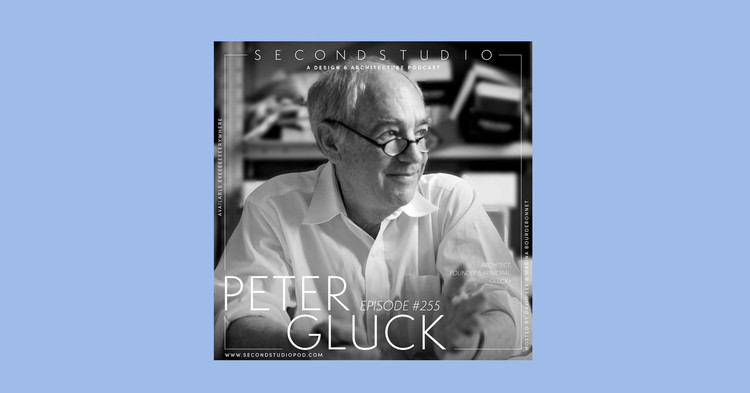 I don’t think [Louis Kahn] was a really good teacher, but on the other hand, his buildings were incredibly good. Each one of them was like a course on architecture. Whereas [Paul] Rudolph, who was the Dean at Yale, was an unbelievable teacher, but his buildings were not so good. […] For one thing, they (Rudolph’s buildings) fell down and leaked. He never really developed the professionalism and office that was required to make his buildings work, so very quickly he got much more work than he could handle and all of these projects were in deep trouble. He was in his prime and he was probably the most published architect in the world at that point. The Art and Architecture building was published everywhere. But the buildings he built after that, most of them failed technically and he wasn’t able to survive that. His career didn’t survive the bad technical aspects of his buildings. (04:28)

What generates the narrative of a building? Working in the manner of other architects and creating a pavilion and addition to a Mies van Der Rohe Building.(08:47)

What does the building want be? Not, what would Paul Rudolph do if he had this project? It’s hard enough to figure out what you want it to be rather than trying to interpret what someone else wants it to be, which gets further and further from any kind of authenticity. (10:45)

Design-build is a way for architects to mitigate risk.(15:44)

What’s happening in the world today, as things get very complicated it becomes harder for architects to assume that they have the knowledge and ability to actually build things, but the reality is that they certainly do have as much knowledge as the people who build things. [For example, roofers] understand what they’ve done in the past. They understand that they did something. “In this kind of condition, we did this.” They don’t understand why they did it. We [architects] have the ability to know why. We mix our ‘thats’ and our ‘whys’, whereas the construction world tends to deal in ‘thats’. “That’s what we did. We’ve done it that way for thirty years, how can you tell that’s not the way to do it?”. (18:12)

The negative side effects of using computers to produce construction drawings.(26:30)

I think there’s been a huge devolution in the quality of construction drawings directly related to the use of the computer. The drawings really suck and contractors hate it. The other thing that’s possible is that you print the drawings directly from the machine without ever actually looking at them, so in the machine, you can look at them in different ways but once it’s printed you can only look at it one way. But no one’s ever looked at it that way. The contractor or the tradesman is the first guy that ever really sees the drawing. That doesn’t make any sense! There’s been no adjustment, alteration, or understanding of what the drawings really are. The architects never see them. They see them at whatever scale they want to drill down into and bits and pieces here and there. I’d be interested to know how many architects and how many drawings are sent directly to the contractor without ever having been viewed by the architect. (29:23)

Partnering and working with subcontractors throughout design. How the AIA (American Institute of Architects) contracts have removed architects from the construction side of building. The denigration of the profession of architecture.(34:20)

We consider all of our subcontractors as partners, not adversaries. The system is built as a typical legal, adversarial system, which we have tried to undo. We feel that a lot of the problem across the board comes from that adversarial legalistic way of siloing everybody’s set of responsibilities and risks. Where we are willing to share those risks and responsibilities with everybody working on the project. (35:42)

If you look at the contract that they [the AIA] provide it says that “Architects should visit the site occasionally to understand whether things are sort of done like they think it oughta maybe be done… and you should go to the job site every so often, every couple of weeks, or every couple of months, or every couple of years or whatever.” So what happens when you have generations of architects who’ve never been on a construction site and don’t have any idea of how things go together? It’s finally caught up to us. The shit has finally hit the fan. (39:26)

The drawings that architects are resigning themselves to… is making cartoons and then somebody else is going to make a building from that. Making a cartoon or a flashy drawing from a computer, that doesn’t make good architecture. It just doesn’t. It’s a way of retreating from responsibility so that you slowly erode the profession and there’s nothing left. So I’m really concerned that architects will be making cartoons and they won’t be real, what we call, architects. They’ll be stylists. (41:09)

Architects are going to end up working for contractors. It’s happening [already]. Why wouldn’t it happen? If you could leave a typical theoretical architect, starving to death, to double your salary by working for a contractor, doing real buildings. How many people are going to stick it out when they have kids? It’s clear if you go into any architect’s office and look for how many 50-year old people are working there. Usually it’s two or three and everybody else is 40s, 30s, late 20s. Where do they all go? What happens to them? (49:45)

Young architects becoming experts in software more than in architecture. ‘Design-build’ versus ‘build design. How architects can be more profitable with design-build.(54:10)

The reality is that when we do a project and we assume both roles, design, and construction, the income we make from construction is what allows us to do the design. We would never be able to do the work we do if we simply had to subsist on the architectural fees. There’s not enough money for an architect in a standard architecture fee to design a building… there just isn’t. It takes a lot of thought and a lot of time. We’re willing to work long and hard hours, but still at a certain point, when you’re 35 or 40 and you’ve got kids, you have to be able to pay people to live and go to school and so on and so forth. But, an architect can’t if they’re just making an architect’s salary. (58:35)

The increasing complexity of building and zoning codes and regulations.(01:16:43)

What is an “Architect Led Design-Build” process? Understanding construction and design as buying and selling.(01:21:02)

How architects can become a design-build office. The negatives of design-build.(01:34:20)

Breaking apart construction documents for each of the different trades.(01:41:19)

How the construction schedule is impacted by a design-build process.(01:45:57)