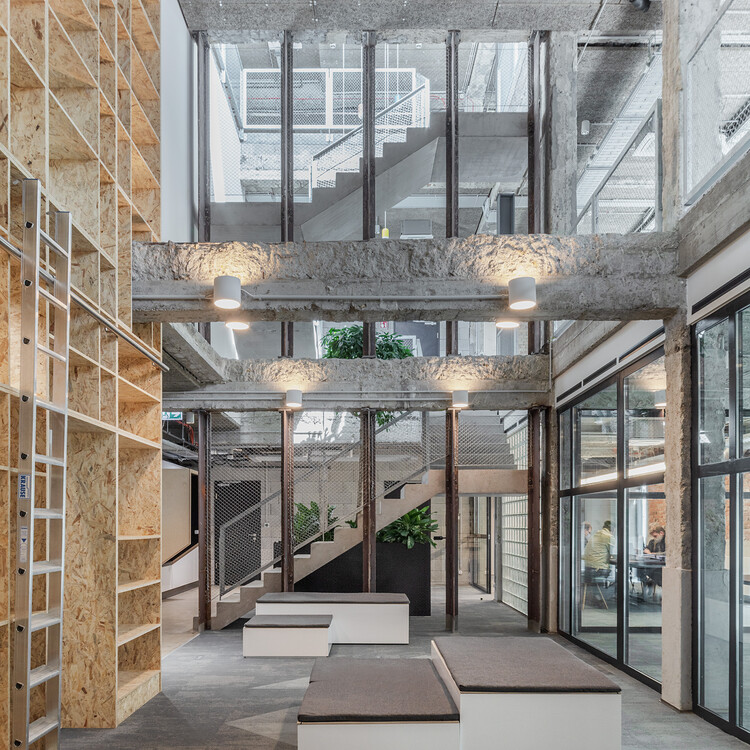 Text description provided by the architects. The own workplace building of Bánáti + Hartvig's Architecture Office enables one to look into the characteristics of environmentally friendly, cycle-based architecture. It was a principle for the architects not to load the environment even more by constructing a new building; the architects wanted to reuse an existing, old building. They have been searching and visiting several buildings for a long time until they found their new home. A building constructed in the 1960s, which operated previously as a restaurant, seemed to be the right choice. At the moment of purchase, the building was out of use and needed significant renovation. With the renovation not only was the building saved, but the quality of its built environment also increased.

Besides the guidelines of the architectural cycle, the well-being of the colleagues was also a highlighted aspect. For the owners of the office it is primary, that the colleagues feel the building their own, and to provide them an inspiring environment. Therefore the owners decided to announce a design competition among the colleagues about the transformation of the building. Accordingly, one of the seven received competitions was realized. The guidelines of cyclical architecture played a great role during the works. For example, several demolished building materials were integrated again into the building – even as different functions.

The external doors and windows did not fulfill the requirements of energy-efficient insulation, therefore they needed to be changed. The glazed portals of the steel structure were in good condition, therefore they were used as dividing walls at the meeting rooms in the basement. The same happened to the glass bricks, although they were taken out from the walls of the upper floor, they also serve as dividing walls of the meeting rooms. As a result of several professional consultations, some old radiators could be saved as well, this way these can operate again in the cold months. These decisions made in some cases weren’t based on aesthetical aspects. This way for example the steel structure dividing elements of the meeting room walls have breaks at several points, as well as the preserved and the new radiators, do not show a coherent picture. The designers believe that this attitude is more rewarding in long term.

Based on the aspects of cyclical architecture and being environmentally friendly, the designers took a decision – which might be unusual still these days – not to cover nor to paint anything only because of aesthetics. This way the surfaces revealed during the demolition remained as they were: the concrete beams weren’t covered and the raw brick walls weren’t painted. This gesture besides protecting the environment lets us have a look into the building’s history. We can see the changes of the past 60 years, the work of precise and unprecise hands.

The newly built-in elements also appear with their original shape, this way the acoustic panels of the ceiling and also the mechanics weren’t covered. Only those surfaces were covered, where it was necessary architecturally in any case, for example, water insulation was made on the basement walls. The new building materials built in precisely and the original elements of raw honesty create a new, coherent aesthetic together. 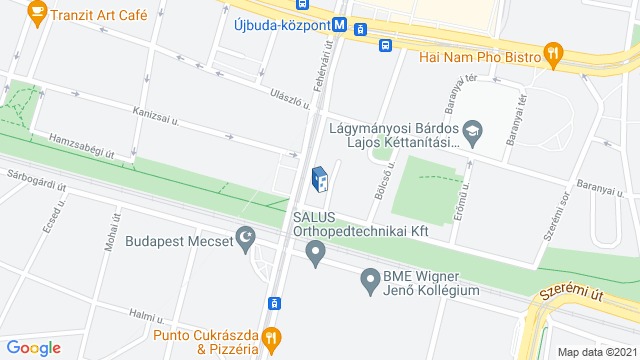